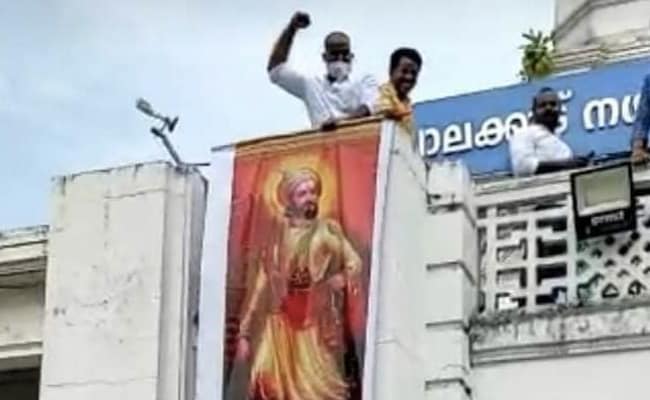 Police have registered a case against the party workers following the victory of the Bharatiya Janata Party (BJP) this week in the Kerala local body polls in Palakkad, Kerala. Indeed, party workers celebrating the victory had put up posters with religious slogans on the municipal building, sparking a controversy.

Police have registered a case against some strangers late on Thursday night after receiving a complaint from the secretary of Palakkad Municipal Corporation. “We have registered an FIR under section 153 of the IPC based on a complaint by the municipal secretary,” Palakkad police chief Sujit Das SA told NDTV. There are charges of conspiracy to incite riots under Section 153.

Let us know that BJP won the Palakkad municipal elections on December 16. The party has won the local body elections in Kerala on December 8, 10 and 14 again in Palakkad. The party won an absolute majority of 28 seats in the by-elections. The party also won 24 seats in 2015 and emerged as the largest party.

But during the celebrations, some BJP supporters allegedly stormed the municipal building here and hung huge posters in front of the building. On one poster, the BJP’s signature slogan was ‘Jai Shri Ram’, however, the photo was of Maratha ruler Shivaji. The second poster had a photo of Prime Minister Narendra Modi and Home Minister Amit Shah.

The incident took place on the day of the counting, according to police. The video of the incident has gone viral on social media, sparking controversy. As the controversy escalated, BJP spokesperson Sandeep and War Rear congratulated Vijay on Facebook, claiming that “Palakkad is the Gujarat of Kerala”.

Advocate Krishnadas E, BJP district president, Palakkad, NDTV ‘I do not apologize. Saying Jai Shri Ram, how did it hurt the religious sentiments? Thousands of activists were celebrating our victory, I don’t see anything wrong with what happened. If we don’t speak Jai Shri Ram in India, will we speak in Pakistan? By law, there is no basis for these complaints.

Video: Before Amit Shah’s Bengal tour, there was a stampede on TMC