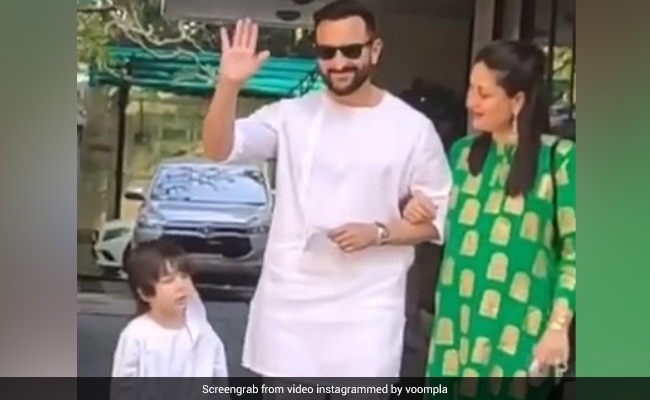 Alia Bhatt, Ranbir Kapoor, Karisma Kapoor and other celebs arrived on this special occasion. The photo of Kapoor family’s lunch party is going viral on social media, to which fans are reacting a lot.

Kareena (Kareena Kapoor) who is always seen in western and stylish dress at Christmas is being seen in traditional look this time. At the same time, Kareena’s husband Saif Ali Khan and son Timur were seen in white pajama kurtas.

Alia Bhatt and Ranbir Kapoor were also present at the lunch party. Alia was seen in an olive colored outfit. On the other hand, at Kapoor’s Christmas lunch, another arrived with his girlfriend Tara Sutaria, Tara was dressed in white, in which she was looking very stylish.