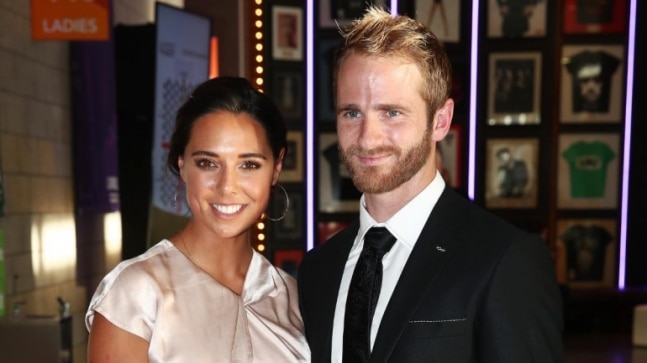 New Zealand captain Kane Williamson and his wife Sarah Raheem welcomed a baby girl into the world. The Sunrisers Hyderabad star took to Instagram to reveal the birth of her first child.

Kane Williamson took to social media on Wednesday to reveal the birth of her first child. The New Zealand captain shared an adorable photo of his newborn on Instagram as he and his wife Sarah Raheem welcomed the baby into the world.

“Delighted to welcome a beautiful baby girl into our family,” Williamson wrote as he shared a photo of him hugging his daughter.

Kane Williamson opted on paternity leave from his wife Sarah, who studied in Bristol and a nurse by profession, during the birth of their first child. Williamson missed the recently concluded 2nd test against the West Indies. The world’s # 3 test hitter was lined up to play the Wellington test, but was granted paternity leave after leaving practice to deal with a medical situation with his wife.

Shikhar Dhawan, former teammate of Kane Williamson’s Sunrisers Hyderabad, was among the first to send a congratulatory message.

“Congratulations and so much love to you and your family,” Dhawan wrote.

Former New Zealand manager and Royal Challengers Bangalore Cricket Director Mike Hesson took to Instagram to congratulate his new parents. “Congratulations Sarah and Kane, so happy for both of you ….. Exciting times coming up,” wrote Hesson.

Notably, Williamson beat his highest score in the first test against the West Indies before going on paternity leave. The Blackcaps star was away from his wife during the Indian Premier League (IPL) where he played the entire season for Sunrisers Hyderabad.

Notably, Williamson’s good friend Virat Kohli is ready to leave Australia on paternity leave. Kohli will return home after the series’ opening day-night test in Adelaide to be with his wife and Bollywood actor Anushka Sharma for the birth of their first child.