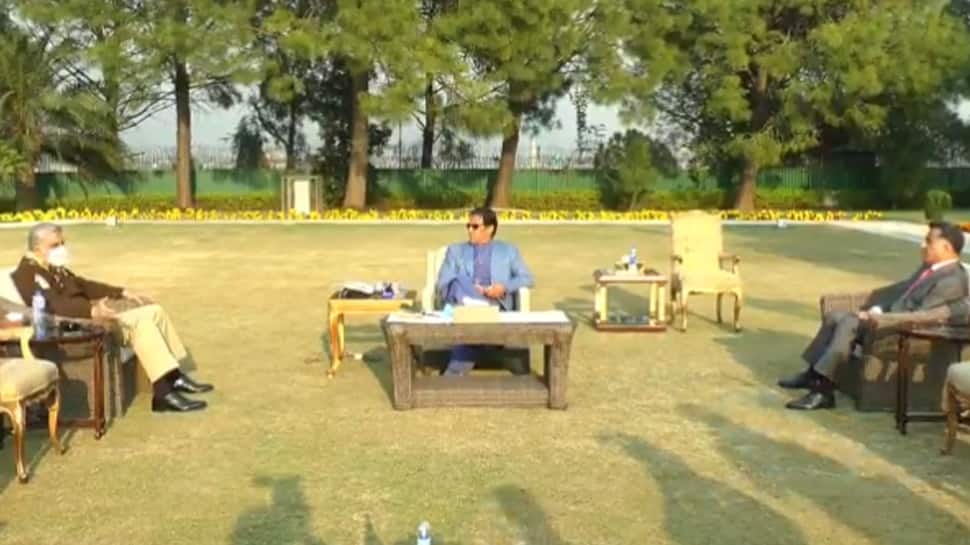 Frightened by India’s power and its acceptability in global forums, Pakistani Prime Minister Imran Khan met with the Pakistani Army Chief, General Qamar Javed Bajwa, and discussed Jammu and Kashmir, an internal issue of India. According to a Pakistani media report, the December 24 meeting “expressed concern about … Jammu and Kashmir”.

Dawn said she also raised false allegations of ceasefire violations and frequent “provocative measures” along the line of control against India. “It has been decided that the defense of the motherland will be ensured with the support of the entire nation at all costs,” the statement said.

The meeting was held as opposition parties in Pakistan launched the second phase of the protests on December 23 with a rally in the Mardan city of Khyber-Pakhtunkhwa to oust the Khan government.

The PDM was formed against Pakistani military interference in politics and the installation of “puppet” Prime Minister Khan through a manipulated election. The 11-party alliance held mass rallies in major cities to seek the ousting of Khan and press the mighty army to stop interfering in politics.

The military, which has ruled Pakistan for more than half of its more than 70 years of existence, has so far exercised considerable power in matters of security and foreign policy. However, the military has denied meddling in the country’s politics. Khan also denies that the military helped him win the election in 2018.

The developments also come when Pakistani Foreign Minister Shah Mahmood Qureshi made another shocking remark against India. According to a Pakistani media report, Qureshi on December 24 (Thursday) said that there is no possibility of diplomatic dialogue with India.

“There is no possibility of a backdoor or diplomatic dialogue with India in the prevailing situation … The circumstances are not suitable for any dialogue at the moment,” Qureshi told Dawn. Qureshi made the comments while speaking to reporters in his hometown Multan on December 23, Dawn said.

This is Qureshi’s second shocking observation against India in a week. On December 18, Pakistan resorted to its malicious methods and spewed poison against India in the United Arab Emirates (UAE). Weeks after the UAE banned Pakistani workers from entering their territory. Qureshi, during his visit to the United Arab Emirates, made a shocking observation about India.