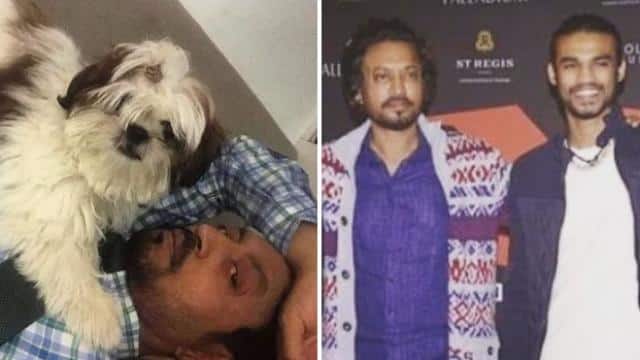 Babil Khan posts frequently on social media in memory of father Irrfan Khan. He has shared a throwback photo in memory of his late father. In this photo, a white dog is seen lying on Irfan’s stomach. Irrfan Khan passed away on April 29 at the age of 53. He was admitted to Kokilaben Hospital in Mumbai due to a colon infection, but despite all efforts, he could not be saved. Irfan was last seen in the film ‘English Medium’.

Sharing the photo, Babil wrote, “A sweet memory for fans, Basu and Baba, Blackmail, 2017.” Fans are reacting to this photo of Babylon. One user commented and wrote, “Thank you for keeping them alive among us this way.” Another user writes, “Thanks Babylon for sharing this beautiful picture.”

Disha Patni and Tiger Shroff are in Dubai, the photos have gone viral on the internet

Earlier, Babil shared a photo of his father in which he was seen with Deepika Padukone. Sharing a photo on Instagram, the caption reads “Watch this movie.” Fans reacted to this post of Babylon. One user wrote, “This is my favorite movie.” Another user wrote, “I’ve seen this movie more than 10 times.” This is how fans are expressing their love for Irrfan.