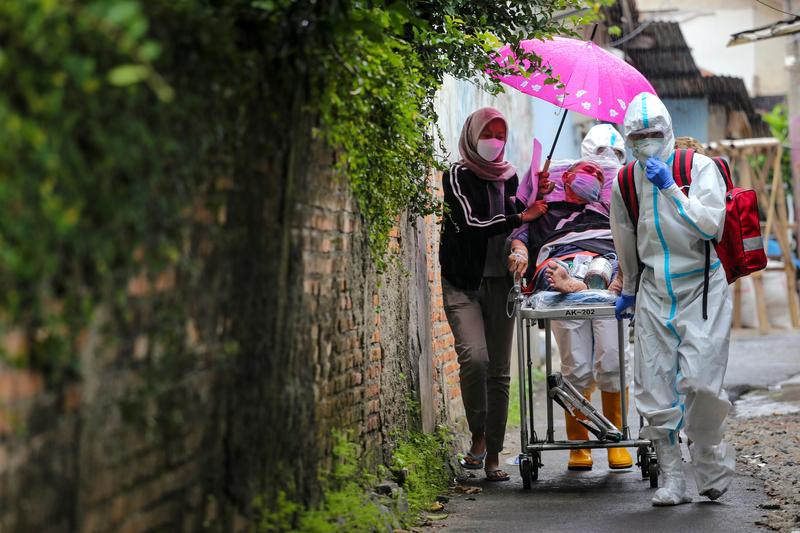 JAKARTA (Reuters) – Indonesia will provide free coronavirus vaccines to its citizens when the world’s fourth most populous nation begins its inoculation program, President Joko Widodo said Wednesday, adding that it will get the first shot to reassure people. on safety.

The sprawling developing country received its first shipment of vaccines, 1.2 million doses from China’s Sinovac Biotech in early December, but is awaiting emergency use clearance from its food agency and pharmaceutical.

An additional 1.8 million doses are expected to be delivered in January with the government previously saying health workers in Java and Bali would be given priority.

“After receiving suggestions from many people and having recalculated the state financial calculations, I can say that COVID-19 vaccines for citizens will be free,” the president said in a video statement from the state palace in Jakarta.

The decision comes as the country of 270 million faces an escalation of the coronavirus epidemic and even after social media campaigns urging authorities to provide vaccines for free.

The president said he instructed the finance minister to reallocate spending to finance the program.

Amid consensus over vaccine safety and whether the shots would be halal, a problem for many in the world’s largest Muslim-majority nation, the president said he would be the first recipient.

“This is to provide people with certainty and confidence that the vaccine is safe,” he said.

He did not specify which vaccine he would receive, but a phase III trial of Sinovac’s CoronaVac is underway on 1,620 volunteers in the Indonesian city of Bandung, West Java, but the results have yet to be published.

Ten months after officially registering its first case of the new SARS-CoV-2 virus, Indonesia has now recorded more than 629,000 confirmed infections and 19,000 deaths, the highest number of cases and deaths in Southeast Asia.

Indonesia is seeking to secure 246.6 million doses of the vaccine and has also been in talks with Pfizer, AstraZeneca and the global COVAX vaccine program.