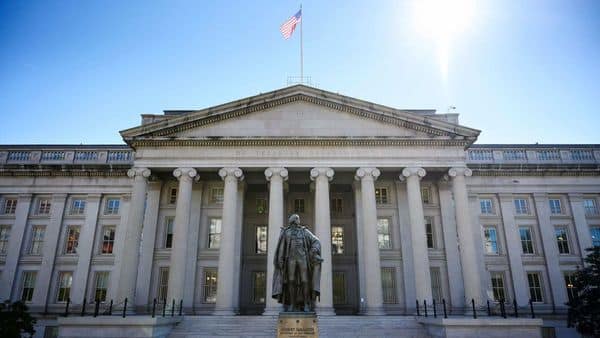 The latest exchange rate report from the US Treasury Department cited India’s “significant” commodity trade surplus with the US and “buoyant” net currency purchases throughout the year through June. Authorities should limit such intervention to periods of excessive volatility, while allowing the rupee to adjust based on economic fundamentals, officials wrote.

Central bank headache – adding to above-target inflation and struggling growth – looks like a boost for the rupee. The currency was Asia’s worst performer this year, as the Reserve Bank of India countered the relentless inflows of foreign investment with dollar purchases that pushed the country’s reserves to a record $ 579 billion. We are catching up with Russia, which has the fourth largest reserve in the world.

This latest US caution “could keep the RBI safe from aggressive forex intervention,” said Madhavi Arora, chief economist at Emkay Securities Ltd. “A slightly attenuated stance may be positive for the rupee at the margin.”

A withdrawal of forex intervention could also support the Indian bond market, according to Arora, as the central bank could buy more government debt as an alternative method of providing liquidity. The RBI’s open market operations spurred sovereign bond rallies, helping to offset the impact of higher debt sales.

The RBI’s big dollar purchases have already attracted attention: India was on the Treasury list in April 2018. And they proved problematic more recently, as last month the money surge caused the collapse of short-term rates. Policymakers are reportedly discussing the cost of accumulating those reserves and the need to diversify for better returns. Most of India’s inventories are held in US dollars, with India’s US Treasury holdings at a record $ 222.4 billion.

An RBI spokesperson did not immediately respond to an email asking for comment on the US Treasury report.

“RBI is doing the appropriate thing,” said Sanjeev Sanyal, chief economic adviser to the finance ministry, before the Treasury report was released. “They are accumulating reserves at a time when they manage the exchange rate in a reasonable way.”