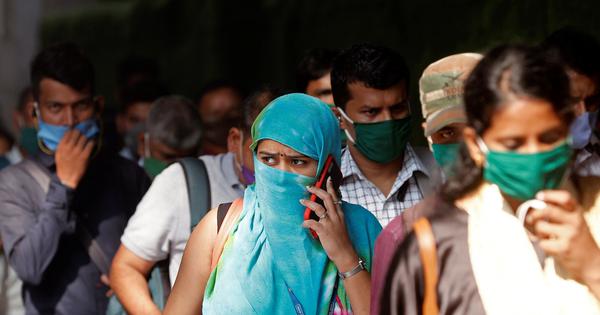 The Human Freedom Index 2020, a global ranking of civil, economic and personal freedom, released Thursday, placed India in 111th place out of 162 countries. India ranked 94 in the index in 2019.

India is ahead of China and Bangladesh, which ranked 129 and 139 respectively in the 2020 index. New Zealand, Switzerland and Hong Kong took the top three places. Fred McMahon and Ian Vásquez, the report’s authors, said they expected Hong Kong’s rank to decline in the future, due to China’s “aggressive interventions” in the region in 2019 and 2020.

India scored 6.30 out of 10 in personal freedom and 6.56 in economic freedom. The country’s overall human freedom score was 6.43.

The index was published by the American think tank Cato Institute and the Fraser Institute in Canada. It takes 76 personal, civil and economic freedoms indicators to rank 162 countries from 2008 to 2018. The institutes noted that the world has seen a notable decline in personal freedom since 2008.

“General freedom also decreased, albeit to a lesser extent, over the same period of time,” they said. “Of the 12 main categories we measure in the report, all but five have seen some deterioration, with freedom of religion, identity and freedom of relationship and the rule of law seeing the largest decreases.”

The US and UK are tied in 17th place in the index. War-torn Syria was last on the list.

“The report continues to find a strong and positive relationship between freedom and prosperity, but it also notes that there is an unequal distribution of freedom here in the world,” the authors said. “Fifteen percent of the world’s population lives in the freest quartile of index countries, while 34 percent lives in the bottom quartile of countries. The freedom gap between freest and least free countries has also increased since 2008. ”

The Democracy Watchdog’s Freedom House October report showed that internet freedom in India declined for the third consecutive year in 2019-20. The period from June 1, 2019 to May 30, 2020 was considered. The watchdog said India has experienced the largest number of internet outages in the world, even excluding those in the Union territory of Jammu and Kashmir. .

The Global Economic Freedom Index 2020 released in September showed that India dropped 26 points from 79 to 105. The report, prepared by Canada’s Fraser Institute, was published in India in collaboration with the think tank Center For Civil Society of New Delhi. The report stressed that the prospect of better economic freedom in India depended on the next generation of reforms in factor markets and greater openness to global trade.