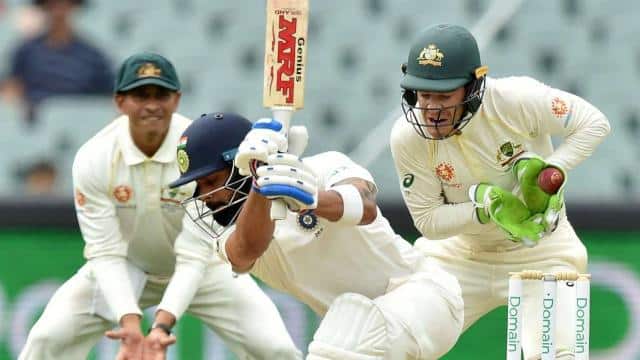 Team India captain and world’s best batsman Virat Kohli has secured a place in the ICC Test batsman rankings. Virat has now come in second place. If we talk about the ranking of ICC Test batsmen, then Team India’s Cheteshwar Pujara and Ajinkya Rahane are also in the top-10. Pujara is at number seven, while Pujara is at number 10. Steve Smith is on top. Smith has 911 points, while Virat has 886 points.

New Zealand captain Ken Williamson has moved up to third place. At number four is Marnus Lubsen for Australia. Pakistan’s Babur Azam and Australia’s star opener David Werner are fifth and sixth respectively. Pujara has 6 766 points in his account and is ranked seventh. Ben Stokes is eighth with 760 points, Joe Route is 10th with 738 points and Ajinkya Rahane is 10th with 726 points. Team India’s fast bowler Jaspreet Bumrah has moved up to eighth position in the Test bowlers’ rankings with 779 points.

Akash picked the best Test XI of the decade, only these two Indians got a place

R Ashwin is ranked 9th with 756 points. Only two Indians are in the top 10 bowlers. Australia’s Pat Cummins remains the No. 1 Test bowler with 904 points. He is followed by Stuart Broad of England and Neil Wagner of New Zealand at number three. Speaking of Test all-rounders, Ben Stokes is at No. 1, Jason Holder at No. 2 and Ravindra Jadeja at No. 3. R Ashwin is sixth in the all-rounders’ rankings.