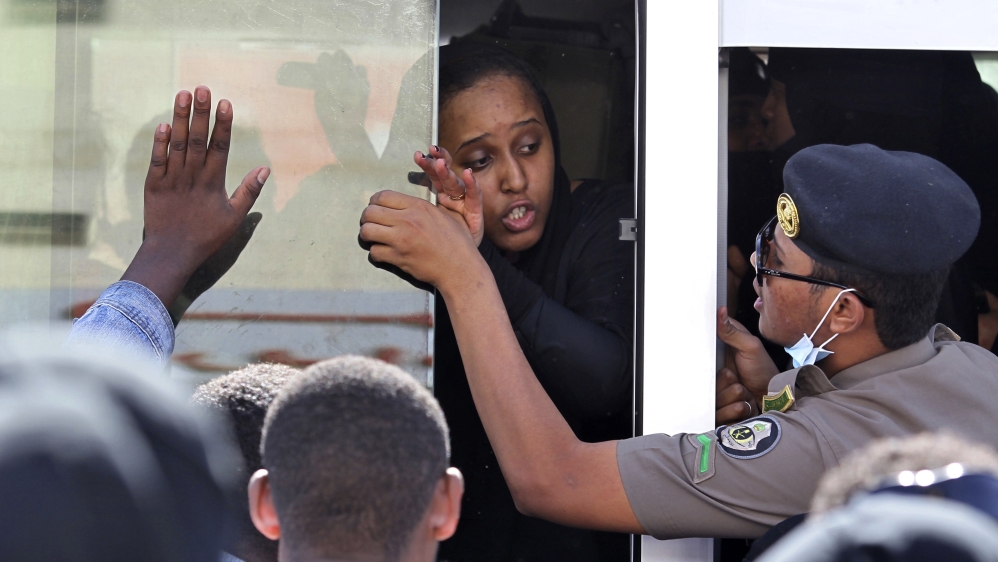 Most of these migrants were arrested by the Saudi authorities because they do not have valid residence permits.

The migrants in the center, mainly from Ethiopia but also from other African or Asian countries, were being held pending deportation, most of them having been arrested by the Saudi authorities because they did not have valid residence permits.

The report, released on Tuesday, cited inmates who claimed they were held in extremely overcrowded rooms and that guards tortured and beat them with rubber-coated metal rods, leading to at least three death charges in custody between October and November.

HRW said it spoke to seven Ethiopians last month who were detained and two Indians who were recently deported. All said they were held in small rooms in a detention center with up to 350 others.

Two of the detainees said they had been held for more than a year.

Inmates said no steps were taken to minimize the spread of COVID-19, and some within the facility showed symptoms of the coronavirus.

The migrants said they did not have enough space for everyone to lie down, so some sleep during the day and others at night, while no mattresses were provided.

In the video footage posted with the report, dozens of migrants could be seen sleeping in dense rows, some in what appeared to be a toilet, alongside piles of garbage.

“Saudi Arabia, one of the richest countries in the world, has no excuse to hold migrant workers in appalling conditions, in the midst of a health pandemic, for months on end,” said Nadia Hardman, refugee rights researcher. and migrants at HRW.

Foreign workers, who form the backbone of the Gulf economies, make up about 12.6 million of Saudi Arabia’s total population of 33.4 million, according to the latest available government data from 2018.