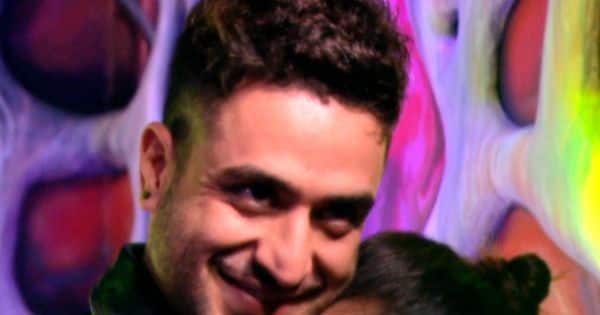 It seems Aly Goni is not happy with Jasmin Bhasin who continued to support Nikki Tamboli in her fight with Arshi Khan, Rakhi Sawant and Kashmera Shah. Aly, whose close bond of friendship is known to all, has threatened to break her friendship with Jasmin inside Bigg Boss 14’s house. Also Read – Bigg Boss 14: Fans Fall In Love With Rahul Vaidya, ‘You Kill It Man’ – Read Tweets

When the captain’s business began, the first batch contestants who were sent to compete were Arshi, Rakhi, Kashmera and Nikki. Rubina was named Sanchalak of the task. Competitors were forced to wear duck clothes and collect food from the ground. Read also – Bigg Boss 14, Day 75, Live Updates: Arshi Khan kisses Aly Goni

The three challengers, Arshi, Rakhi and Kashmera teamed up against Nikki and cornered her during the task. This prompted Nikki to throw her duck costume and complained to Bigg Boss for pitting her against the three in the competition. “Kya yaar Bigg Boss, mujhe inlogo ki ginti me rakha? Mai nahi kar sakti yaar gandh (How could you count me Bigg Boss? I can’t use such cheap tricks),” Nikki told one of the cameras in the house. Read also – TRP Report Week 49: the numbers of Naagin 5 and Bigg Boss 14 continue to fluctuate; Anupamaa tops the rankings

Nikki then went on to destroy some of the parts of the Kashmera duck costume. After all the brawl, Rubina declared Rakhi as the winner citing that she can choose the winner who followed the rules while performing the task.

After the assignment, Kashmera teased Manu Punjabi and called him “Jaan Part 2” for always being with Nikki and Manu didn’t even make fun of himself.

Later, Arshi informed Rakhi that Nikki was telling Bigg Boss a one-on-one battle to prove Nikki has more strength than Rakhi. Jasmin jumped into the conversation and said Nikki didn’t say anything like that. Rakhi then went to Nikki to ask Nikki if she really said such things about her. Nikki, however, paid no attention to Rakhi who got angry and threw her a chair.

Watching how Jasmin was playing her game and choosing her people on the show, an unhappy Aly told her that their friendship can continue outside the home adding that she would like them to play separately because she didn’t like the company she was keeping.

Aly explained to Jasmin that she was siding with Nikki who never said anything good about her on the show. Aly feared they might end up arguing with each other over a third person. When Jasmin objected, Rahul Vaidya also explained to her that it would not be a better choice to fight three people for Nikki who does not deserve her alliance.

It remains to be seen how Aly and Jasmin will play in Bigg Boss 14 from now on.