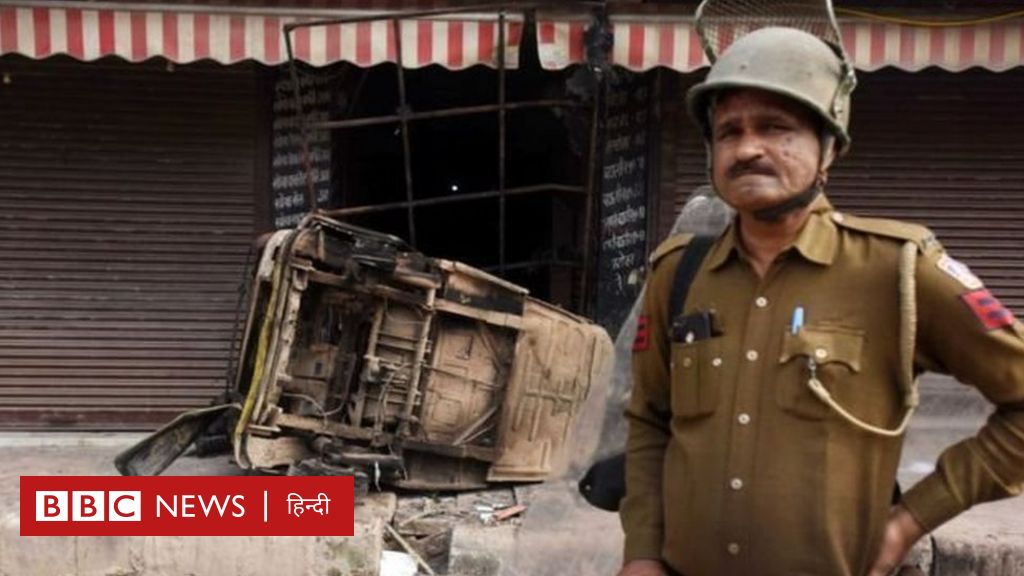 Newspaper Navbharat Times The Mahabharata and the Ramayana were frequently mentioned during a court hearing on communal riots in north-east Delhi in February this year.

According to the newspaper, the case of Ramayana and Mahabharata came up in court on Thursday in a case related to the Delhi riots. “The Sanskrit epic ‘Mahabharat’ was a story like a conspiracy, just as the riots in north-east Delhi were an alleged conspiracy, the identity of which remains ‘Dhritarashtra’,” Delhi Police told the court.

The myths were mentioned during a discussion on the bail application of Natasha Narwal, a JNU student and a member of the Cage Break Campaign.

Narwal to join UAPA He was arrested on charges of conspiracy to commit Delhi riots. His lawyer Adit Pujari told the court that a chakra has been formed in the proceedings against Narwal and the accused will try to get out of it like Abhimanyu of Mahabharata.

Finally Narwal’s lawyer said, “This is not the case of Ramayana, from which we will have to wait 14 years to get out. It will happen here and now.”

In August Gust, 23 leaders, including Ghulam Nabi Azad and Kapil Sibal, wrote letters to Sonia Gandhi and talked of bringing about organizational change in the Congress party. Among the letter writers were five former chief ministers, several members of the Congress working committee, several former union ministers and several MPs.

It is being said that Rahul Gandhi will also attend the meeting. Those who met Sonia could include Gulab Nabi Azad, Anand Sharma, Kapil Sibal, Manish Tiwari and Shashi Tharoor.

It is being said that former Madhya Pradesh Chief Minister Kamal Nath has a key role to play in reconciliation efforts between the two. After Sonia Gandhi returned to Delhi from Goa, Kamal Nath met her twice.

In August Gust, just two days after the letter was made public, the CWC met but did not mention what happened. Many leaders attacked by writing those letters and pledging allegiance to the Gandhi family.

But the 23 leaders who wrote the letter claim that many Congress leaders across the country support the issues raised by them. It is being said that elections for the Congress presidency will be held in a few months.

English newspaper India time According to a report published in the Supreme Court, an important decision has been taken that the Triple Divorce Act cannot deprive anyone of the right to anticipatory bail. The Muslim Women (Protection of the Right to Marriage) Act (commonly known as the Triple Divorce Act) enacted in August 2019 disqualified three divorces from Muslims at one time.

The decision was taken on Thursday by a bench of Justice DY Chandrachud, Justice Indu Malhotra and Justice Indira Banerjee. The case before the court was that the man was arrested under Section 4 of the Triple Divorce Act after his first wife accused him of triple divorce and then a second marriage.

The plaintiff woman also said that her husband and her husband’s mother tortured her for dowry.

The accused said he had been living apart from his wife for the last three years and his wife had lodged a complaint with the mosque committee six months ago, but the complaint did not mention any ill-treatment. Was

According to the accused, when he got married for the second time, which is his right under the Muslim Personal Law, his first wife filed a complaint under the Triple Divorce Act and Section 498A of the IPC.

During the hearing, Judge Chandrachud said there was a difference between the provisions of the Triple Divorce Act and the SC and ST (Prevention of Atrocities) Act. According to Justice Chandrachud, the SC-ST Act clearly states that no accused should be granted bail using the discretion found under Section 8 438 of the CRPC.

A bench of the apex court hearing the case said that the Triple Divorce Act could not deprive the court of the right to grant bail including anticipatory bail.