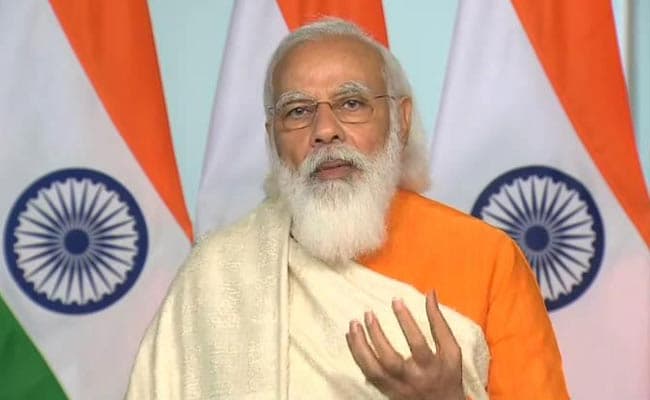 The BJP is sparing no expense to reach out to farmers today as Prime Minister Narendra Modi will address nine crore farmers and clarify the centre’s position on agricultural laws, as well as release the next batch of financial aid – Rs 18,000 crore – from the PM-Kisan Scheme.

Party head JP Nadda ordered union ministers, parliamentarians and MLAs to attend the speech, which will coincide with the birthday of former premier Atal Bihari Vajpayee. Letters were sent to state unit presidents and all other senior leaders. Interior Minister Amit Shah will be attending aa gaushala in Delhi, where he too will interact with a select group of farmers.

Mr. Nadda ordered “to set up large screens to hear the speech (of the Prime Minister) … in each development center of the blocks”. Additionally, district-level programs will take place one hour before the Prime Minister’s speech (which will be at noon); these will also be held in all Mandis or APMC markets.

These programs will consist of BJP carrying officers and public representatives extolling the benefits of programs initiated by the Modi government. Specially printed flyers will also be distributed; the content must be translated into local languages, but the modification of the information drawn up by the center will not be allowed.

The interaction is part of efforts – spanning 100 press conferences and 700 meetings – to fight a nearly month-long protest against agricultural laws by thousands of angry farmers and the opposition.

Congress leader Rahul Gandhi criticized the Prime Minister and his government on Thursday morning, saying that “there is no democracy in India”. Accusing Prime Minister Modi of crony capitalism, Gandhi said: “Anyone who tries to oppose him will be called a terrorist – be they farmers, workers …”

Farmers say the new laws will leave them at the mercy of the corporations. The center insists that it only give them the ability to sell at the markets and prices of their choice. Multiple rounds of talks have failed; farmers insist that the laws be scrapped while the center will only change some sections.

On Wednesday, the leaders of several groups of farmers addressed a press conference in Singhu (on the border between Delhi and Haryana) and urged the center to present “concrete proposals in writing”. They have also previously called for a boycott of the Prime Minister Mann ki Baat Sunday speech.

The center said it remained open for further talks, but left it to farmers to set the date and time. Mr. Tomar said Wednesday he was “confident” in further discussions.

With the contribution of ANI