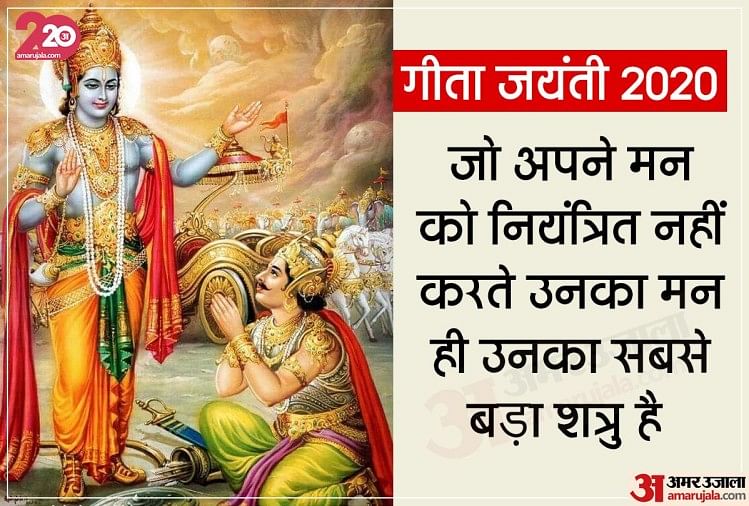 According to the Hindu calendar, the birth anniversary of Gita, the holiest scripture of Hinduism, is celebrated every year on Ekadashi of Shukla Paksha in the month of Margashirsha. This is the only book in the whole world whose birth anniversary is being celebrated. Friday, December 25 is Gita Jayanti. According to the Brahmapuran, Shri Krishna preached the Gita on this day in Margapirsha Shukla Ekadashi in the Dwapar era. The teachings of the Gita are to destroy temptation, so Ekadashi is called Mokshada. There is also Mokshada Ekadashi on the day of Gita Jayanti. In the Gita, Lord Krishna preached in the mind of his friend Arjuna to make life happy and successful by removing the confusion that arose during the battle of Mahabharata. These teachings of Lord Krishna show the importance of Dharma and Karma in the Gita. The teachings of Lord Krishna during the Mahabharata war, which removed the confusion that arose in Arjuna’s mind about religion and karma, are contained in the teachings of the Gita as the art of solving all human problems and living a successful life today.