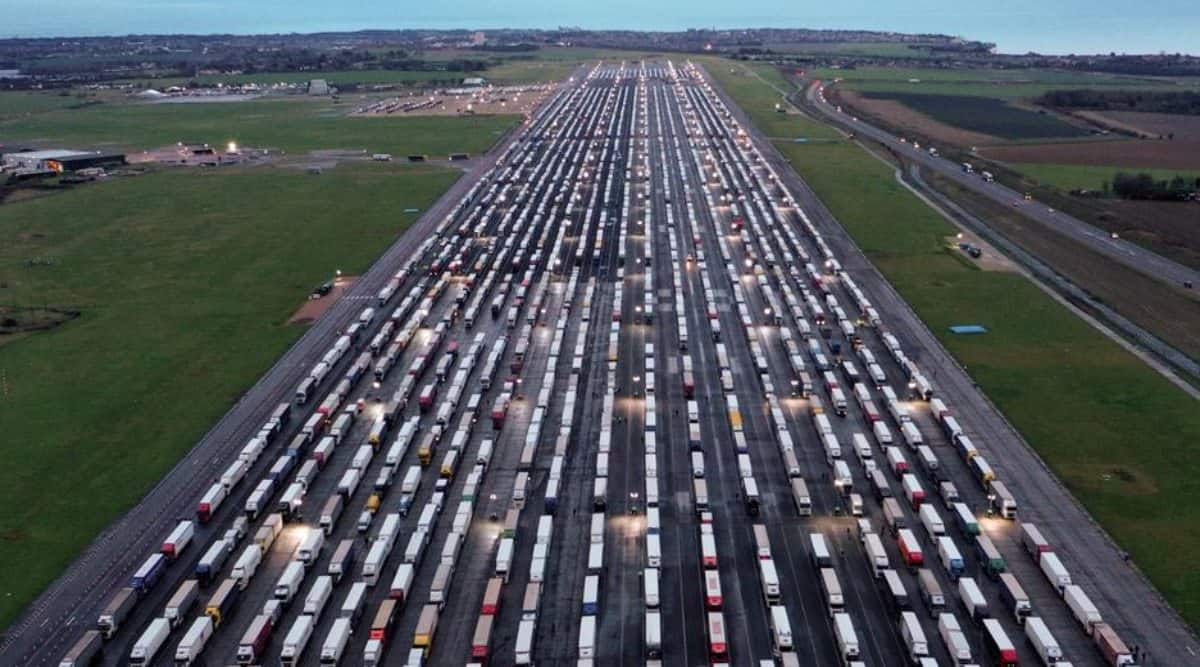 A team of 26 French firefighters has been deployed in the British port city of Dover to help the UK “speed up” the return of European citizens, French authorities said Thursday. France has also shipped 10,000 coronavirus tests in an effort to address the backlog of trucks trapped in the port over fears of the spread of the new coronavirus variant.

British and French authorities have decided to keep the border between the countries open throughout the Christmas period, including rail and sea links, to help motorists and travelers get home. Other staff members agreed to work during the holidays.

“Normally we close on the 25th, but now, given the situation, the port will remain open,” said Jean-Marc Puissesseau, president of the French ports of Calais and Boulogne-sur-Mer.

The French government abruptly stopped the flow of freight trucks from the UK on Sunday, asking motorists to provide a negative test for the coronavirus.

As a result, thousands of drivers have already spent several nights sleeping inside their vehicles near the main port of Dover, crossing the English Channel. Many of them are stuck on nearby roads in southeastern Kent County or at the old Manston airport which had been converted into a test site.

The French ban comes after labs in the UK detected an outbreak of a new, more transmissible coronavirus variant.

UK Transport Minister Grant Shapps confirmed the decision to keep the borders open: “We have agreed that the UK-France border at Eurotunnel, Dover and Calais will remain open throughout the Christmas period to help transporters and citizens return. home as soon as possible, “he tweeted, adding that of the 2,367 virus tests administered at the port as of Thursday afternoon, only three were positive.

On Wednesday, UK officials said there were around 6,000 trucks waiting to cross the border. While some of them continued their journey, officials warned that the backlog could take days to resolve and that many drivers will likely spend Christmas waiting inside their vehicles.

France’s temporary closure of the border has raised concern across Europe as France serves as the main channel for trade and travel between the UK and mainland Europe. The UK relies on France for food this time of year, especially fresh fruit and vegetables.