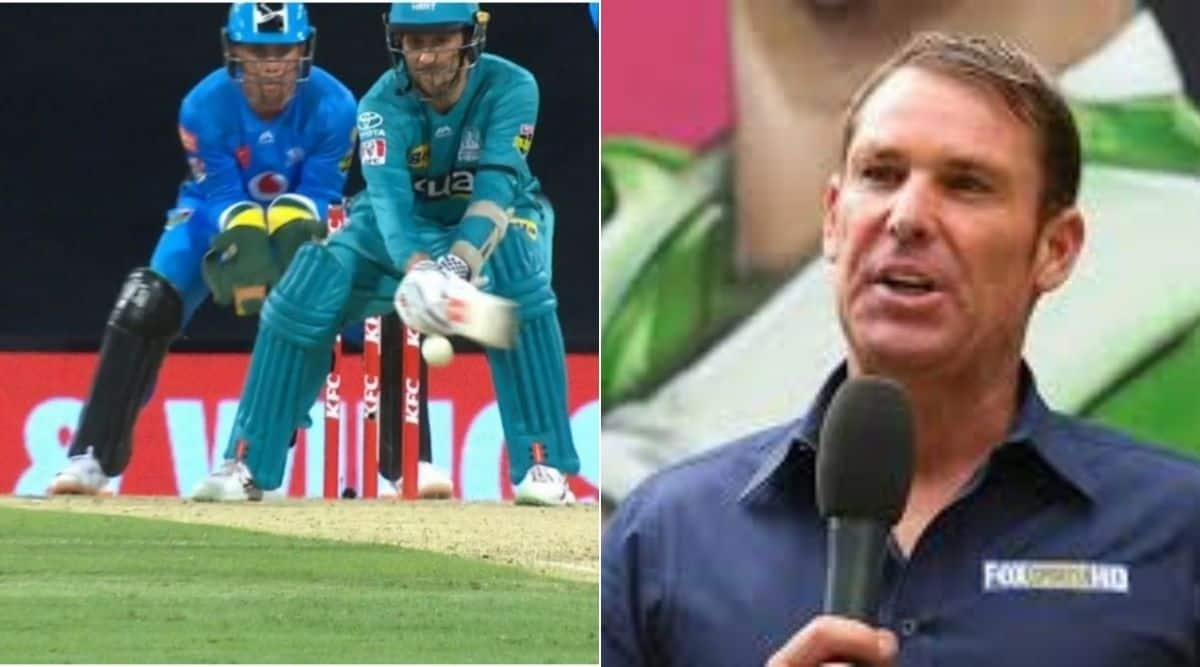 The ongoing 10th season of the Big Bash League (BBL) witnessed yet another referee scream when the 13th game between Brisbane Heat and Adelaide Strikers was played on Thursday. Brisbane batsman Tom Cooper fell victim to a disastrous referee decision that brought the importance of DRS back into the spotlight.

The incident occurred when the 12th over was in progress and on the second delivery, Cooper tried to play the ball from Danny Briggs, the reverse sweep spinner. The ball clearly scored and hit the right pad. The referee raised his finger in a moment after the team’s usual and obvious appeal to the field.

Cooper showed his disappointment at the wrong referee decision. The replays immediately showed that referee Tony Wilds had made a mistake. Chasing a goal of 151, Heat didn’t just make it two runs as none other than Cooper (22 out of 24) and Jimmy Peirson (69 out of 36) could contribute a lot to the team’s cause.

The incident left Shane Warne and Andrew Symonds angry when they were in the comment box. They criticized the absence of DRS in the tournament. Hit it, don’t you? It hit, right? “Warne said.” OH MY GOD! What is happening with this referee? Something has to be done, this is ridiculous, ”he said on Fox Cricket.

“Let’s just go. Enough is enough. When too much is too much. We have seen too much of this. If we are to take this competition seriously, we must have DRS. Cricket Australia just has to pay for it. We can’t have these decisions, ”Warne said.