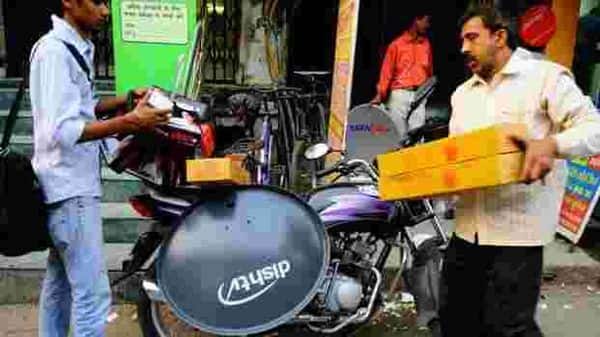 Dish TV, the popular direct-to-home operator, on Friday said it had received a notice from the government for payment of ₹4,164.05 crore for the fee. “… we would like to inform that the Ministry of Information and Radio broadcasting saw its communication dated December 24, 2020, has notified the company that bases the Company’s accounts and the payment made by the Company as a fee from the period from the date of issue of the DTH license up to the financial year 2018-19, an amount of ₹4,164.05 crore is payable by the company, “the company said in a regulatory statement.

The company said the Union ministry had provided 15 days to remit the amount. The amount includes the license fee due and the interest accrued on it, he added.

“However, the Ministry of Information and Broadcasting also mentioned in its said letter that the amount is further subject to verification and audit and the outcome of various court cases pending before the Hon’ble TDSAT, the Hon ‘ble High Court of Jammu and Kashmir in Jammu and the Indian Supreme Court of Hon’ble, in matters of DTH license fee, “the operator mentioned in his clarification.

The company said it is studying the ministry’s communication to determine next steps. “The DTH license fee issue has already gone through several rounds of litigation, the final results of which are yet to be discussed and concluded,” the operator said, adding that it will update the exchanges in case of material developments occurring in relation. to this.

According to Dish TV, the ministry had issued an application notice in the year 2014 for the related fee from the date of issue of the DTH license until the year 2012-2013.

“The aforementioned notice of request has been challenged by the company before the Telecommunication Dispute Resolution Appeals Court (TDSAT) and the above request has been suspended by the TDSAT, which remains in effect,” he added.

“In addition, a petition from the company is also pending before the High Court of Jammu and Kashmir where, among other things, the quantum / applicability of the fee and the imposition of interest has been challenged,” he said.

“In view of the orders of the High Court of Jammu and Kashmir and the High Court of Kerala, order of the TDSAT and pending proceedings before the Supreme Court of India, the company does not agree with the request of 24 December 2020 made by the Ministry of Information and Broadcasting, “he said.