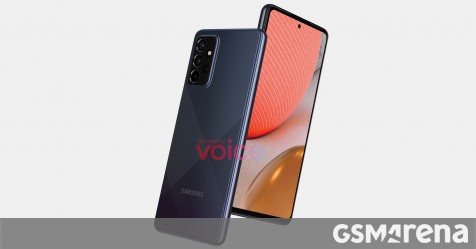 Newly leaked renders of the Samsung Galaxy A72 5G revealed that the smartphone will be equipped with a quad camera on the back. Although the setup was not initially detailed, a report from the Dutch blog GalaxyClub claims that the Galaxy A72 will sport a 64MP camera on the back joined by a 12MP ultrawide unit, 5MP macro, and 5MP depth sensor.

Leaked render of the Galaxy A72 5G

Samsung has not yet known about the 4G and 5G versions of the Galaxy A72, but the 5G variant is rumored to feature a 6.7-inch screen with a built-in fingerprint.

The smartphone will be 8.1mm thick (9.9mm with the camera bump) and will come with a 3.5mm headphone jack. More details on the Galaxy A72 should emerge soon.