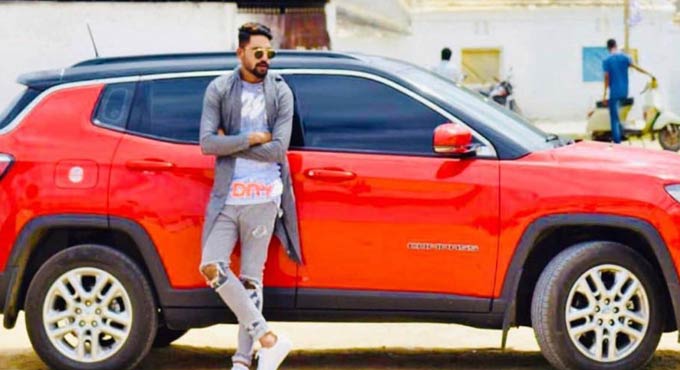 Hyderabad: “My father (the late Mohammed Ghouse) would be the happiest person in heaven. He dreamed that Siraj would play for India in Test cricket. Within a month of his death, my brother had the opportunity sent by God. It is one of the best news of recent times, ” said Brother Ismail, a software engineer, from the residence of Toli Chowki after hearing that his brother Mohd Siraj will make his test debut against Australia on Saturday in Melbourne.

Ghouse died on November 19. “It was one of the biggest losses for our family. Siraj was inconsolable when he heard that “Abba jaan” was dead. We had great difficulty in controlling his emotions from here to Australia. It was very little confidential and at some point he was thinking of returning to India. Fortunately, the Indian team members, especially Virat Kohli and Ravi Shastri, played an important role in comforting him, ” Ismail added.

Ismail remarked: “My father always told Siraj to make India proud. Desh Ko Roshan Karo. He always had a proud feeling whenever Siraj played for India. There was always a big smile on his face and a sense of satisfaction whenever Siraj wore the Indian colors. ”

From the quaint alleys of Khaja Nagar to Banjara Hills, 26-year-old Siraj has made his father’s dreams come true. “We have faced many difficulties. Being an autorickshaw driver, my father and mother Shabana Begum did all the work. I was studious while Siraj was always busy playing cricket in the small lanes. My mother was often upset because Siraj never focused her attention on studies. He often beat him up saying that he is wasting his career playing.

“But my father has always supported Siraj. He would happily slip the money into Siraj’s pocket and encourage him to play cricket. Siraj was very fond of the game and fast bowling. Today, we are all delighted that he will play for India in Test cricket, even the one on the magnificent MCG pitch. He would receive my father’s blessings from heaven. It’s a great time for our family, ” said Ismail, who passed his engineering studies in 2014 and now serves as a manager for his brother.

Siraj had moved to Toli Chowki where he could give the best comfort to his parents. “We didn’t sell our father’s car. He has proudly traveled by Jeep Compass for the past few years. ”

Former National Selection Committee chair MSK Prasad said he always believed Siraj had the potential to play for India. “He is one of the successful cricketers in India A matches. He has taken six or more hauls from five wickets even against big teams. We thought it was great red ball cricket as it could move late and was a workhorse. ”

P Jyothi Prasad, who was the chair of the Hyderabad selection committee when Siraj made his Ranji debut in the 2014-15 season, said this fast Hyderabad bowler always got him excited. “He was hungry to excel on the big stage.”

Siraj will be Hyderabad’s second fast pitcher after Syed Abid Ali, who incidentally made his test debut against Australia in Adelaide way back in 1966, playing for India in Test cricket.

Former Hyderabad opener Abdul Azeem, who was instrumental in shaping Siraj’s career when giving him cricket shoes, etc., said God is awesome. “I saw the difficulties the family had to face. He deserves all the luck. ”