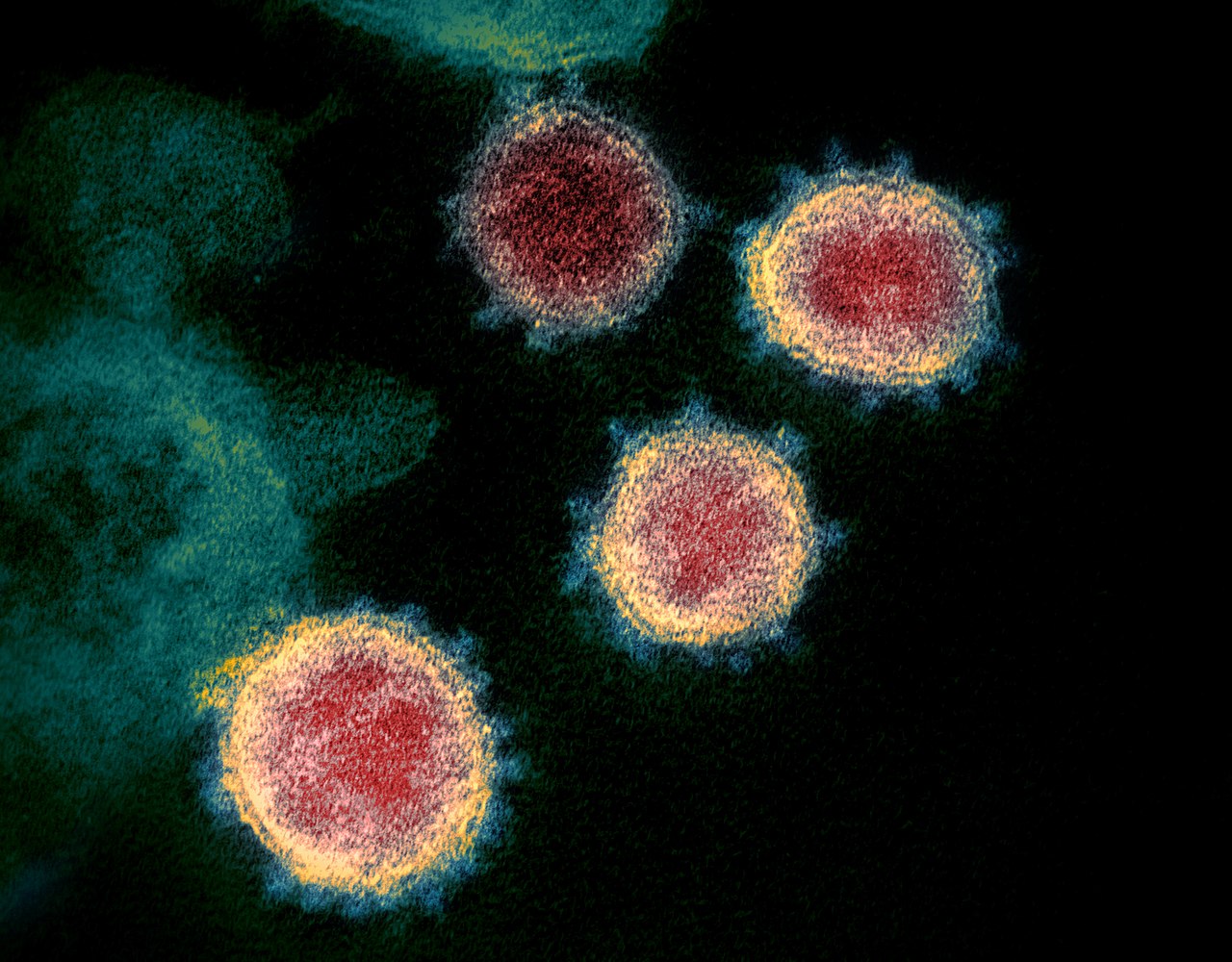 A transmission electron microscope image of SARS-CoV-2 virus particles emerging from the surface of cells grown in the laboratory, with visible crowns. Image ID: NIAID-RML.

Scientists in the UK recently uploaded a prepress document reporting a new strain of the novel coronavirus, dubbed B.1.1.7, which is 56% more contagious and genetically different than other known variants. Four days later, the UK government announced that the strain could be up to 70% more contagious. What does this mean and will it reverse our vaccination efforts?

Most viruses, including SARS-CoV-2, mutate over time due to a fundamental feature of their biology. Whenever a viral particle replicates to make multiple copies of itself within a host, there is a chance it could make a mistake and produce an inaccurate copy of its genetic material. This error is called a mutation.

The general material of the new coronavirus is in the form of RNA, which in turn is a string of four compounds called nucleobases: adenine, uracil, guanine and cytosine. A mutation can be a deletion, insertion, or replacement of one nucleobase by another. Think of them as typos in a long piece of text – only some mistakes make words more meaningful while others weaken or distort the message.

In this context, B.1.1.7 corresponds to a mutation in the RNA of the novel coronavirus that makes the virus more contagious.

We can get an idea of ​​the evolution of the virus by studying how its RNA has changed over time. Scientists are even able to profile these changes and determine if different variants arise together in a population, due to migration patterns, etc. And as with any scientific study, the quantity and quality of the data determines whether the results are significant.

The UK’s prodigious manufacturing means that as the new coronavirus continues to mutate, there is a very good chance that major new mutations will be detected in this country sooner.

Second, the fact that the UK has a more complete dataset implies that variant B.1.1.7 may already be in circulation in various other countries – the only difference being that those countries may not know yet. The fact that the first sample in the UK dataset dates back to September makes this quite plausible: two months is enough for the mutation to manifest and spread to those places.

That said, it is noteworthy that the UK study is based on a mathematical model and has not been confirmed in laboratory experiments, so its conclusions are more predictive than assertive.

Variant B.1.1.7 RNA differs from older sequences by 23 mutations, with at least eight lying in the part of the RNA corresponding to the spike protein. The researchers also observed two deletions that the scientists previously reported, which appear to decrease the sensitivity of human antibodies to the virus. This is cause for concern, although we must also remember that the human body produces a myriad of antibodies and the combination varies from one individual to another.

This in turn might be a bit of a comfort. The mRNA vaccine candidates for COVID-19, made by Pfizer / BioNTech and Moderna, are expected to be able to generate antibodies within the human body in sufficient form and quantity to be effective against future infections. It is also noteworthy that the new coronavirus will have to mutate for many years before it can completely overwhelm the vaccine and the human immune system.

Furthermore, a more contagious virus may not necessarily mean a more deadly virus. Contagiousness refers to the ease with which a virus can cause an infection in a body while mortality refers to the severity of the infection. Like all other life forms on Earth, viruses have an evolutionary reason to survive, which means it is in their best interest not to kill their hosts too quickly. In these terms, there is a good chance that B.1.1.7 is just another strategy for the novel coronavirus to prolong its existence.

And even as it discovers more ways to exist for longer periods, humans must continue to wait for more research and for governments to get more vaccines and continue to mask and practice physical distancing. Indeed, these measures will always be able to protect us (to varying degrees) from different strains of the virus.

Shravanti Suresh is a graduate student pursuing a doctorate in biochemistry from Iowa State University.