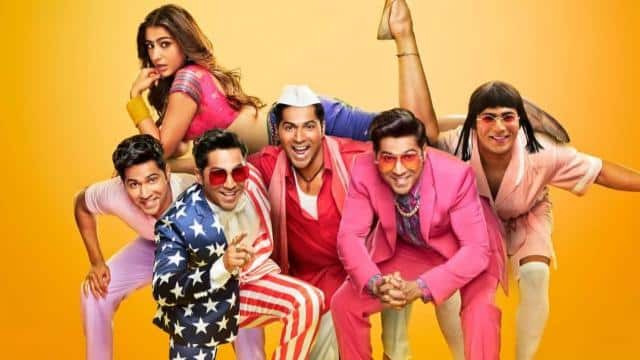 Varun Dhawan and Sara Ali Khan’s film ‘Coolie No. 1’ has been released on Amazon Prime. Varun Dhawan’s comedy time in this film is very good, he has tried to do justice to his role. But the film, released as a remake of the 1995 film, seems to be based entirely on the old story. Aside from missing Kadar Khan and Govinda, you will see Comic Time missing. Paresh Rawal has replaced Kadar Khan in the film. He seems to do justice to his role, but doesn’t look like Kadar Khan at ridiculous times.

Fans have been waiting a long time to see Sara Ali Khan in the film, but her role seems to be limited to just songs. Rajpal Yadav plays the role of the daughter’s uncle, who tries to make her laugh in a familiar style.

Story: The story in Govinda’s ‘Coolie No. 1’ was based on the village, but this time the location has been changed to Goa. The story is almost old. Kadar Khan has been replaced this time by Paresh Rawal, who is known for his comedy. Now let’s talk about the story. Rosario (Paresh Rawal), a wealthy businessman from Goa, has a dream that his two daughters will marry rich boys. The bus brought by Pandit Jai Kishan (Javed Jaffrey) denies and insults the family relationship by bus. After this, he starts teaching them a lesson.

In return, he married Rosario’s daughter to Varun Dhawan, a porter. Sara Ali Khan is named Sara in the film. Raju (Varun Dhawan) marries to change the name of millionaire Kunwar Mahendra Pratap Singh. But this trick does not succeed and the reality unfolds. To avoid this, Raju tells the story of a twin brother. To marry Sarah, he goes through many lies and gets into trouble.

“I wanted to sleep with him in exchange for the role,” said Donald Bisht

How is the acting: Varun Dhawan in the role of Coolie Raju has tried to entertain the audience. He seems successful in this character except for the lack of ridiculous time in some scenes. Sara Ali Khan and Varun Dhawan have done well on the songs. Actors like Javed Jaffrey, Rajpal Yadav have tried to do justice to the role in their shorts. However, it can be said that the actors did not get a chance to do much due to the poor script.

Direction: Even though the characters and locales have changed, the lack of proper direction and incomplete dialogue seems to bind the audience. Much has changed in this period from 1995 to 2020, but it seems that David Dhawan is still trying to earn the success of the old film.