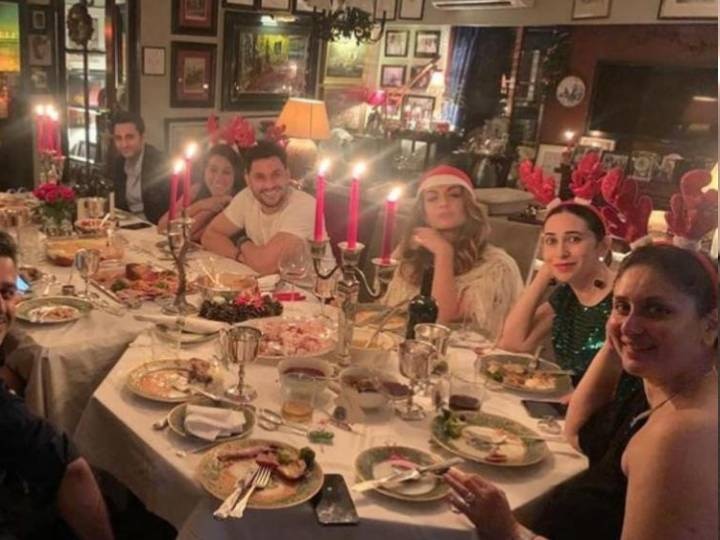 Christmas 2020: Today, Christmas is being celebrated around the world. But the corona virus epidemic has disrupted its celebrations. People celebrate it not only with everyone but also with family and close friends. Where do Bollywood celebs lag behind? Bollywood actresses Kareena Kapoor Khan and Saif Ali Khan hosted a Christmas party at their home. The party was attended by many Bollywood celebs.

Kareena Kapoor Khan also celebrated Christmas with family and friends. He has also shared a picture of the Christmas party celebration on social media. The picture features Karisma Kapoor, Saif Ali Khan, Soha Ali Khan, Krunal Khemu, Adar Poonawala and Natasha Poonawala. Everyone in this picture is wearing a Santa hat or band.

Kareena-Saif was seen in a black outfit

Kareena Kapoor Khan, who hosted the Christmas party, wore a black outfit. Saif Ali Khan wore a matching black outfit with Kareena’s dress. Saif Kareena is going to be a parent once again. Just a few weeks ago, the two shared information about Kareena’s pregnancy with fans.

Sonu Sood is also a hero on social media, due to which he is again the number one actor

Christmas 2020: Kangana Ranaut celebrates Christmas with her sister-in-law, says – Happy only those who respect