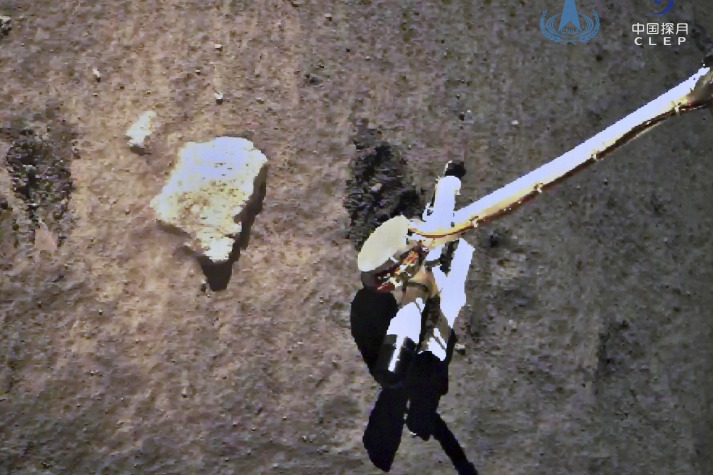 The Chinese space agency will cooperate with other countries, based on the principles of equity and shared benefits, regarding the lunar soil samples collected by Chang’e 5, the China National Space Administration said Thursday.

Xu Hongliang, a spokesman for the administration, said in a press conference hosted by the State Council Information Office that it is the first time in 44 years that humanity has recovered soil samples from the moon, hence many space agencies around the world. they are paying close attention to the enterprise.

Many foreign space agencies have sent congratulatory letters to China and expressed a desire to conduct joint research.

The China National Space Administration has signed over 140 cooperation agreements with more than 40 countries and actively participates in 18 international organizations.

“The lunar sample is humanity’s shared treasure. We are willing to conduct cooperation with international colleagues on the basis of equity and shared benefits,” he said, adding that agencies in China will issue guidelines on how the samples will be studied and shared. .

Wu Yanhua, deputy director of the China National Space Administration, said China is willing to conduct friendly and sincere cooperation with the United States, but since 2011 NASA and other official U.S. agencies have been prohibited from cooperating with their Chinese peers.

“Whether cooperation can take place depends on the policy of the US government,” he said.

Wu said the lunar soil samples will be used in three ways: research, museum exhibits, and to be shared with international colleagues or given as gifts to heads of state and dignitaries. But research will remain the most important and primary use of the precious samples, he added.

Li Chunlai, a researcher with the National Astronomical Observatories of the Chinese Academy of Sciences, said the samples collected from China come from a new excavation site on the moon, making them one-of-a-kind specimens in studying the geological evolution of the moon.