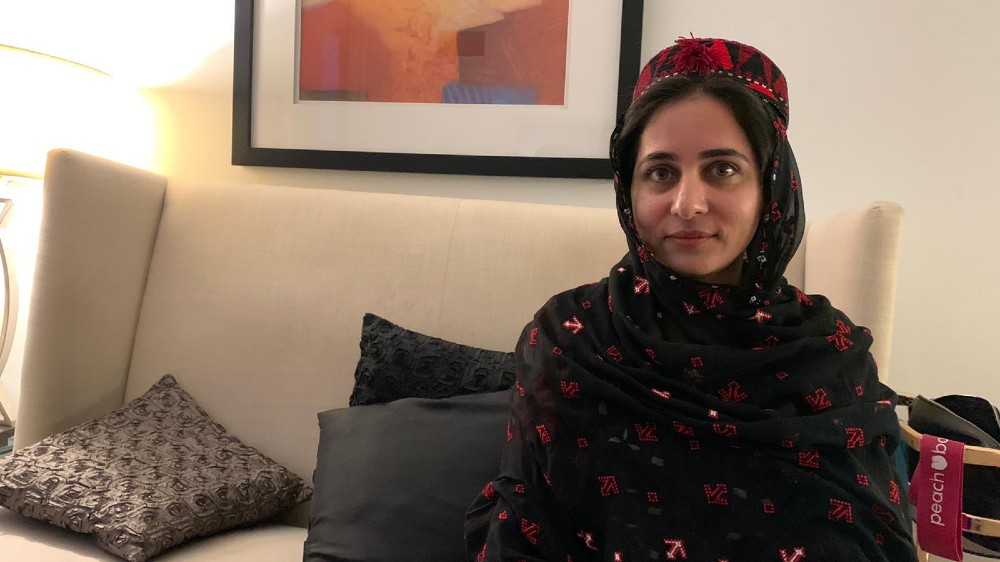 Karima Mehtab Baloch received several death threats before disappearing on Monday and was found dead the next day.

Canadian police have determined that the death of a prominent Pakistani rights activist in the city of Toronto is “non-criminal”, although rights groups have called for a more thorough investigation into the incident.

The body of Karima Mehtab Baloch, 37, was found by police on Monday after she was reported missing the day before, police said.

“The circumstances have been investigated and the officers have determined that this is a non-criminal death and no foul play is suspected,” the Toronto Police Department said in a brief statement.

Police said Baloch’s family had been notified of the determination.

Although the family was not immediately available for comment, Baloch’s husband Hamal Haider had previously told Al Jazeera that Baloch had faced several specific threats to his life due to his job in the recent past.

Screenshots of one of the threats, demanding that some of Baloch’s claims regarding his rights work be removed from a website, were shared with Al Jazeera.

She was a prominent and active activist for the rights of the Pakistani Balochist ethnic group.

Originally from the province of Balochistan, the country’s largest but least populated and least developed region, Baloch was known for her work on enforced disappearances and extrajudicial executions allegedly carried out by the Pakistani military in the area.

She fled Pakistan due to threats to her life in late 2015 and was granted political asylum from Canada in 2017.

In 2016, the BBC named Baloch as one of its 100 “inspirational and influential women for that year,” citing her activism.

Baloch rose to prominence as the head of the Azad faction of the Baloch Students Organization (BSO-A), a student political organization calling for greater rights and independence for Pakistan’s Baloch ethnic minority.

He took office after the former leader, Zahid Baloch, disappeared under mysterious circumstances in 2014. Baloch activists claim he was kidnapped by Pakistani military, who have been fighting against armed separatist groups in Balochistan for more than a decade.

Rights groups documented a protracted campaign of enforced disappearances and extrajudicial killings against pro-independence activists in the region.

Pakistani security forces deny any wrongdoing, arguing that those who are considered “missing” are members of armed groups.

Critics of Baloch’s work say he was instigated by India, a regional rival of Pakistan, which is known for supporting dissident voices against the Pakistani government.

Karima Baloch was named in a recent in-depth research report on a vast network of fake news websites and questionable NGOs that appeared to be run by actors based in India to propagate messages critical of the Pakistani government and military.

His role as a speaker at a meeting of the United Nations Human Rights Council in March 2019 on behalf of the NGO African Regional Agricultural Credit Association (AFRACA) was mentioned in the report of the EU Disinfo Lab, an independent rights group based in Brussels.

The EU Disinfo Lab has identified AFRACA as a legitimate NGO whose name may have been misused by the Indian network to gain access to UN Human Rights Council events.

Pakistani officials have treated the EU’s Disinfo Lab report as a vindication of longstanding denials of any wrongdoing in its war against separatists in Balochistan and elsewhere.

Independent rights groups, however, have consistently documented allegations of rights abuse, and Baloch’s BSO-A himself has been at the forefront of both documenting the abuses and receiving enforced disappearances of its members.

The UN Human Rights Council Working Group on Enforced or Involuntary Disappearances (WGEID) in an August 2020 report said there were 813 pending or unsolved cases of registered enforced disappearances from Pakistan.