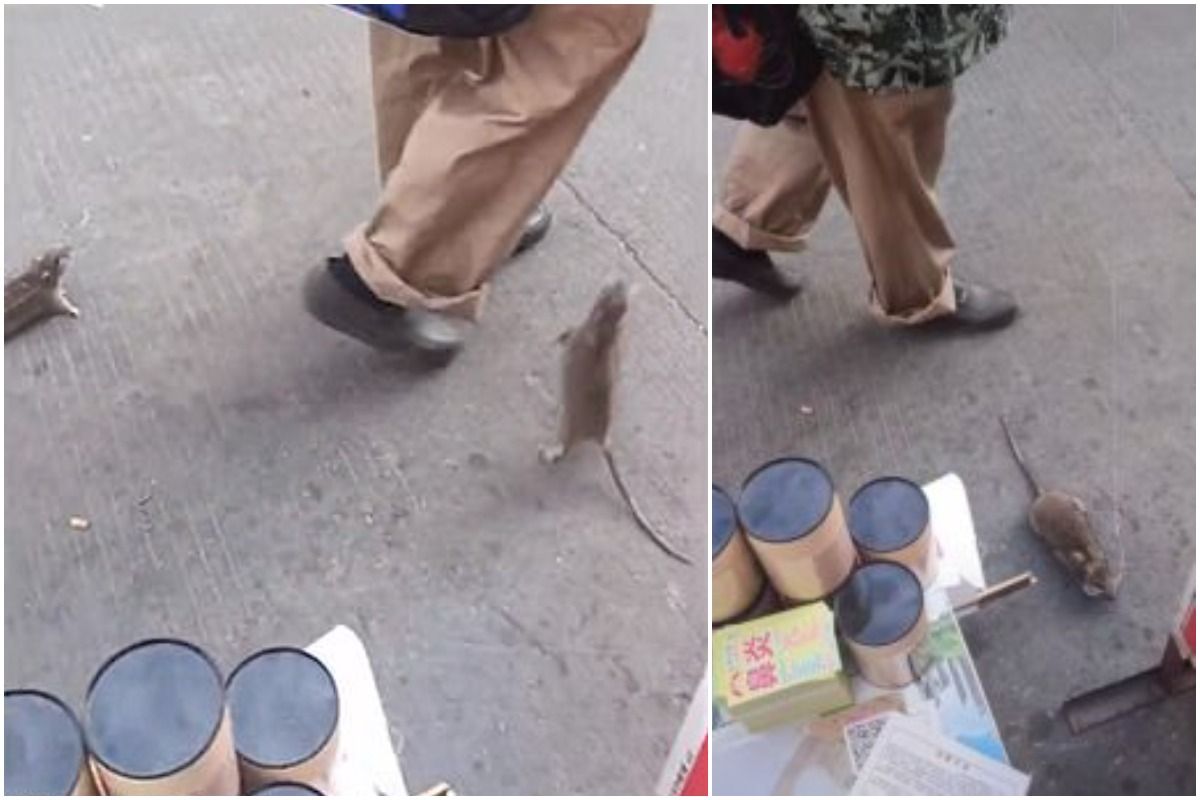 Taking a dog for a walk is a common occurrence, but have you ever heard of someone walking rats? No? Don’t worry, it’s still 2020, the year of weird events! In one such strange incident, a video surfaced of a Chinese man walking with two mice on the street as if they were his pets. Read also – Dulhan Kahan Hai? After searching all night, “Baaratis” in UP cannot find the “missing” bride and her home.

As per the Daily Mail, the video clip shows the man walking with rodents with long strings attached to his mouth as leashes in a market in southern China’s Guangdong province. The clip was shared by a viewer of the Chinese TikTok-esque Douyin, without explaining what the man was doing. The footage showed one of the mice sniffing curiously while the other seemed lifeless as it was dragged along the road without any movement. Read also – Bizarre! A Russian woman sexually attracted to objects marries her briefcase named Gideon

It appeared that their mouths were tied by small metal hooks which were then connected to the ropes. The man is believed to be a vendor who used animals to promote his mouse traps after similar scenes were previously spotted in China. Read also – Bihar student names Sunny Leone and Emraan Hashmi as parents on admission sheet, actor says “I swear it’s not mine”

Chinese sellers have used similar methods to promote their mousetraps. When a mouse bites the food on the silver hook, the trap expands and grabs the rodent’s mouth.

The act is also believed to have the purpose of shaming rodents as punishment for stealing food.

However, the act amused social media users, many of whom have commented that they have never seen such a thing before,