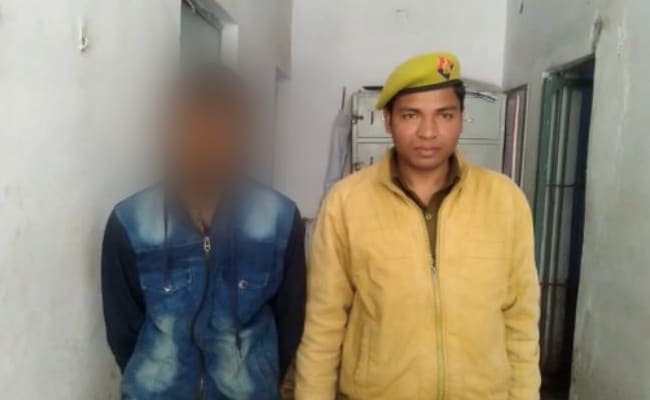 Bijnor: The boy is in prison after being accused of trying to forcibly convert a Hindu girl

Two teenagers returning home from a friend’s birthday party in Uttar Pradesh’s Bijnor were ambushed, harassed and taken to a police station in an incident that has been filed as a “love” case. jihad“under a controversial new anti-conversion law.

The boy, a Muslim, has been in prison for over a week after being accused of trying to forcibly convert the 16-year-old Hindu girl, a charge denied by both the girl and her mother.

The teenager was arrested by police on December 15 on a report allegedly by the girl’s father, who claimed he used a false Hindu identity to persuade the girl to flee and was trying to force her to convert.

When a team of reporters met the girl in her village, she appeared cautious in her replies, but vehemently denied that it was a case of so-called “love.” jihad“, a term used by right-wing groups that claim that Muslim men enter into relations with Hindu women with the express purpose of converting them to Islam.

“Around 11.30pm some people caught us – villagers beat us. They accused us of theft. They took a boy, I don’t know who he was, and they caught me. I didn’t know who the boy was.. That’s not true. who was trying to convert me, “the girl told NDTV in a short interview.

Her mother also supported this version, saying, “She was coming back from a birthday party. The boy said he was going to leave her. The villagers caught them, said she was at a birthday party but no one was there. he listened. We want justice. “

The girl’s father, who apparently filed a FIR for alleged conversion attempts, was unavailable for comment.

But the police claim that the girl was missing and was kidnapped by the teenager but she “managed to escape”.

“A girl had been missing for a few days, was found and a case closed. The boy had given a Hindu name, Sonu, and persuaded her to flee to convert. Somehow she managed to escape. The accused was arrested” , said Sanjay Kumar, a senior police officer in Bijnor.

The police version is also disputed by the Pradhan or the girl’s village head.

“The police seem to have made up a case, there was no love jihad involved. The girl’s parents told me she went to a birthday party. The boy and she knew each other, “Pradhan, Vinod Saini, told NDTV.

Bijnor Police posted a tweet to justify using the illegal conversion law in this case. “The case was filed on the basis of a complaint from the girl’s father, his statement was registered before a magistrate. The accused was also arrested on the basis of other evidence,” the tweet read.

In a village about 3 km from the girl’s home, the Muslim teenager’s mother is in tears. “My boyfriend said he was going for a birthday. The next morning we found out he was in a police station. I want him back, he was also beaten …” he told NDTV.

Arrests under UP’s new law have in some cases been extremely controversial, with police disrupting marriages and rounding up newlyweds.