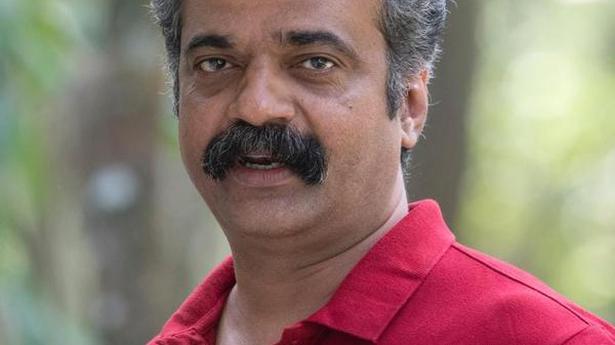 The actor, who was in Thodupuzha for the shooting of a film, drowned while bathing in the Malankara dam.

Actor Anil Nedumangad, known in recent years for the roles of characters in popular Malayalam films, drowned on Friday night while bathing in the Malankara Dam in Thodupuzha. He was 48 years old.

The actor was in Thodupuzha for the shooting of the movie “Peace”, directed by Sanfeer K with Joju George as the protagonist. According to Muttom police, the actor had gone for a swim in the basin of the Malankara Dam after the day of shooting with two other friends.

“The incident happened around 6 pm. Only he had entered the waters and the other two were a little farther away. When he was unable to return after a while, a search was started. His body was recovered and taken to the hospital of Santa Maria di Thodupuzha, “Muttom police said. The Hindu.

Beginning his career as a television presenter, Anil entered the limelight of cinema with a powerful performance in Rajeev Ravi ‘Njan Steve Lopez‘in 2014. In that film he played the role of Freddie, the carefree uncle of the young protagonist, giving him some life lessons. Two years later, at Rajeev Ravi’s ‘Kammatipadam‘, he played the main antagonist, playing the character of an intriguing local businessman who uses bloodshed between local gangs to further his interests.

Over the next few years, he played a number of meaty roles that set him on the rung of a new generation of character actors. One of his most popular roles came earlier this year in SachyAyyappanum Koshiyum‘, in which he played circle inspector Satheesh Kumar, trapped between the selfish struggle between a policeman and a haughty upper-class man. On Friday morning, Anil shared a Facebook post in homage to Sachy, who passed away earlier this year. Was last seen on screen in Shambhu Purushothaman’s’Paapam Cheyyathavar Kalleriyatte‘, in the role of Rajan, a humorous role that denounces the tragic heroes of the 70s.

Benefits of the subscription include

A hand-picked list of items that match your interests and tastes.

We inform you about the latest and most important developments three times a day.

* Our digital subscription plans currently do not include e-papers, crosswords and print.

A letter from the Editor

Your support for our journalism is invaluable. It is a support for truth and fairness in journalism. It helped us keep up with events and happenings.

Hindu has always been synonymous with journalism in the public interest. In this difficult time, it becomes even more important to have access to information that impacts our health and well-being, our lives and livelihoods. As a subscriber, you are not only a beneficiary of our work, but also its facilitator.

Here, too, we reiterate the promise that our team of journalists, text editors, fact-checkers, designers and photographers will deliver quality journalism that moves away from personal interests and political propaganda.