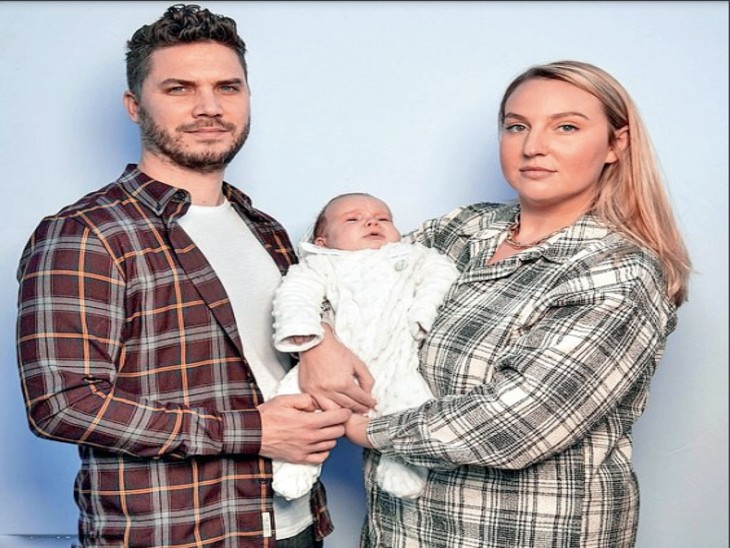 Edward’s parents John Hall and Megan Willis, who lives in Sussex, say the son’s life is precious to them. They will do everything possible to save his life. -File photo

Eight-week-old Edward, born in Britain, has a genetic spinal muscular atrophy (SMA). It is treated with the world’s most expensive drug, Zol nes Genesma Injection. The cost of this injection is 1.7 million pounds or 16 crores. Edward’s parents have launched a campaign to raise money from the crowd fund. He has also received Rs 1.17 crore so far.

Edward’s parents John Hall and Megan Willis, who live in Colchester, Sussex, say their son’s life is precious to them. They will do everything possible to save his life. Megan says injections are expensive, but research results show they are also very effective. In it many children have grown old.

Three years ago there was no remedy for SMA. However, in 2017, 15 babies were given the drug, all of which can live more than 20 weeks. Of the 12 children receiving the dose, 11 were able to sit without support and two were able to walk alone. This injection is not available in the UK. It comes from America, Germany, Brazil or Japan.

Patients are no longer able to survive

When the genetic spinal cord atrophy occurs, the body lacks the SMN-1 gene. Due to the weak muscles of the chest, it becomes difficult to breathe. As time goes on, the patient dies due to increasing problems. The disease mostly affects children. Every year 60 such babies are born in Britain.

Zolgenesma is the most expensive injection
Jolgensma is one of three gene therapies that have been approved for use in Europe. The company that makes it says that the drug is given to a patient only once in the treatment of a rare disease like SMA, so it is expensive. In the case of expensive drugs, Globira therapy (Rs 7.3 crore) and Lexternia injection (Rs 6 crore) are followed by Rs 16 crore injection of Z of Legenesma.