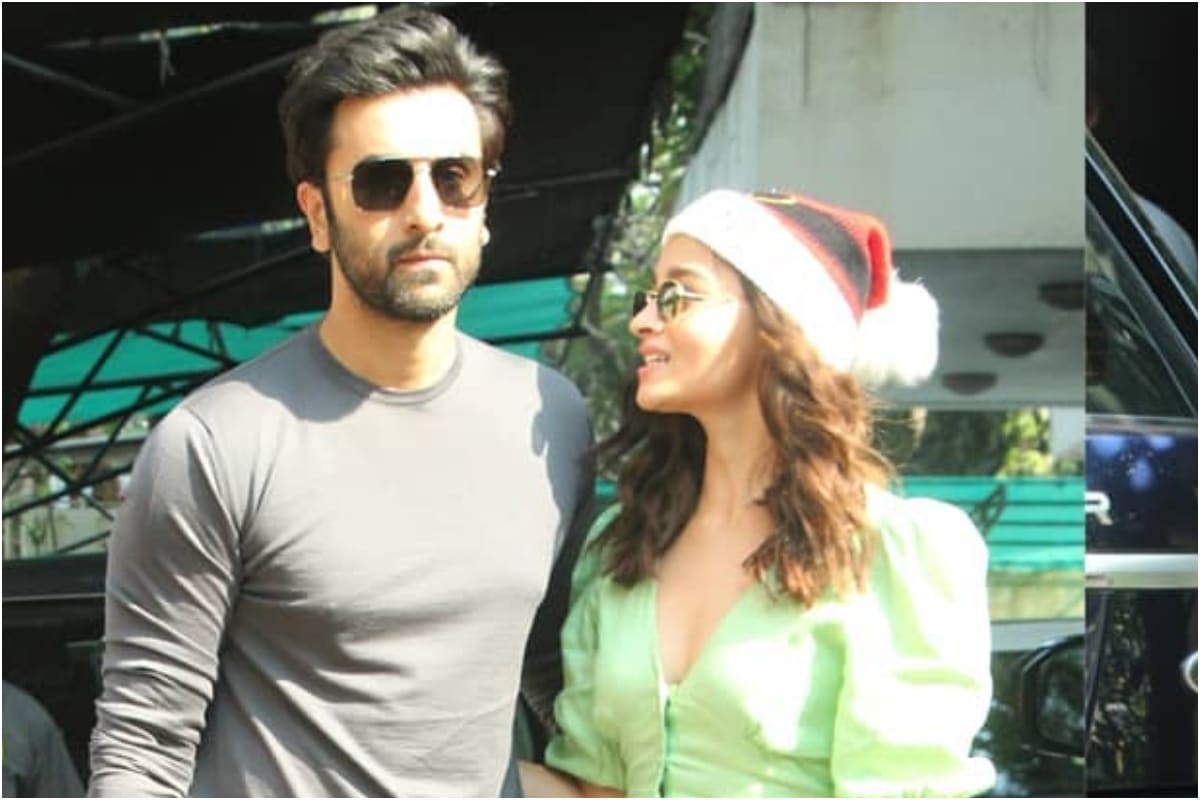 One of the most talked about couples on the internet, Ranbir Kapoor and Alia Bhatt were spotted together today. The actress had joined Ranbir for Kapoor’s annual Christmas lunch. Immersed in the festive revelry, Alia, dressed in a calf-length green dress, was seen wearing a Santa hat. Ranbir, on the other hand, was at his casual best in a gray round-necked shirt and black pants. He was also seen carrying a basket of Christmas presents.

The usually shy couple were seen happily posing for the paparazzi today. Their photos are going viral on the internet and fans are calling them “the cutest couple ever”. commenting on their photos a fan wrote: “Get married soon”. while another gushed out saying, “Aren’t they the cutest?”

Take a look at their photos:

Meanwhile, Ranbir Kapoor in a recent interview confirmed that he hopes to get married soon with his girlfriend Alia Bhatt. The actor revealed that if there hadn’t been a pandemic situation, the two would have already married.

In an interview with film reporter Rajeev Masand, Ranbir said the deal would be “closed” if the “pandemic did not affect our lives”. “I don’t want to unlucky him by saying something. I want to mark that milestone very early in my life,” he said.

On the work front, Alia and Ranbir are all ready to share screen space together for the first time in Ayan Mukerji’s Brahmastra. Brahmastra is also played by Amitabh Bachchan, Nagarjuna Akkineni and Dimple Kapadia. The director of the film, Ayan Mukerji, said the film will offer audiences “something really new, surprising and superior.”