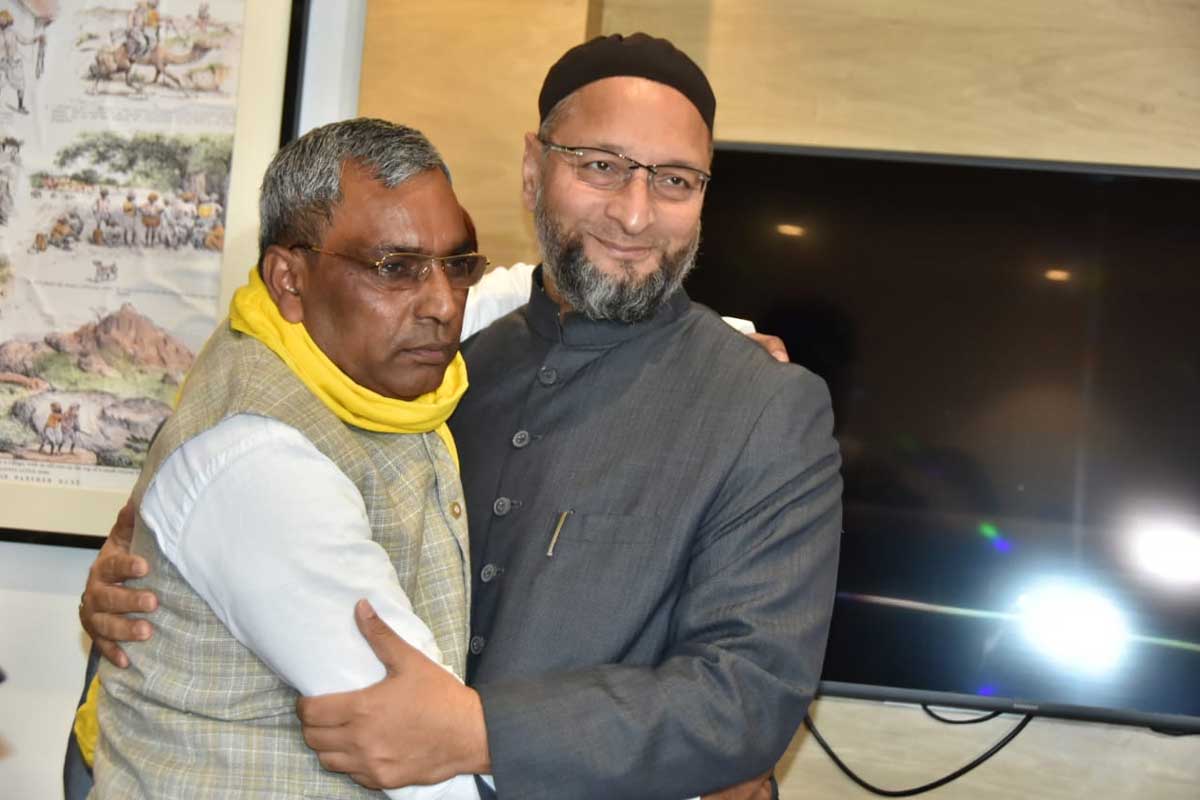 Lucknow News: Asaduddin Owaisi said that when two people meet in politics, you can understand what it means. He said he is with Omprakash Rajbhar.

Media Talking to Owaisi said that when two people get together in politics, you understand what it means. “We are with Om Prakash Rajbhar,” he said. Replying to a question on the meeting of Shivpal Singh Yadav, head of the Progressive Samajwadi Party in Uttar Pradesh, Owaisi said Shivpal Singh is a big face in politics. He also said that Rajbhar has a big contribution in the success of Bihar and that is why we got success.

Commenting on Mamata Banerjee, Asaduddin Owaisi gave a suggestion to the Chief Minister of Bengal. He said he should not insult the people of Bihar and also see that the people of his party are leaving the party. They should think about it.

Advice to CM Yogi Owaisi said that there is a saying in Hyderabad that everyone has a sister. “We fought and won 20 seats in Bihar,” he said. If votes are added to the remaining seats, the BJP gets more votes. Our party did not cut any votes. Uttar Pradesh Chief Minister Yogi Adityanath had spoken of naming Hyderabad Bhagyanagar during the civil election campaign. “We will not change the name of anything in Uttar Pradesh,” Owaisi said. Owaisi said the BJP has been defeated in the wards where Yogi Adityanath and Amit Shah went to campaign.