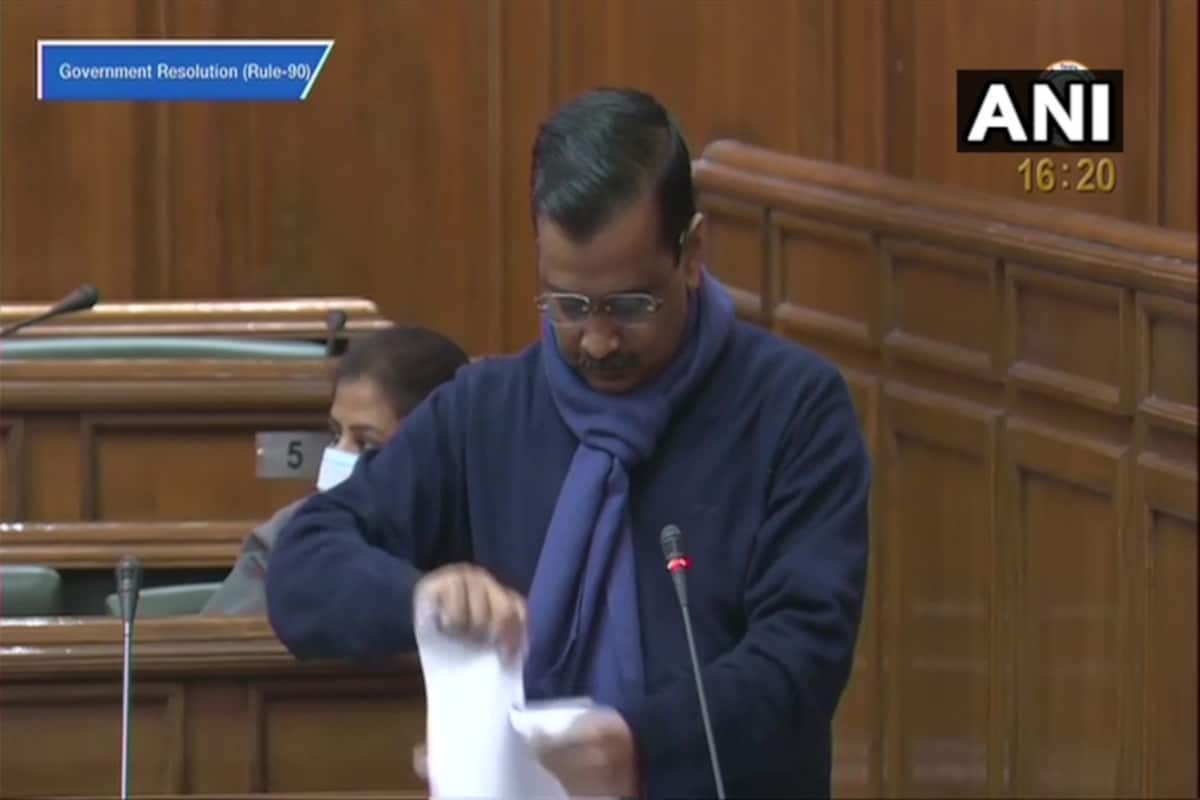 CM Kejriwal has leveled major allegations against the Center.

During the debate in the Assembly, Chief Minister Arvind Kejriwal targeted the Center and tore up a copy of the Agriculture Act in the House. CM Kejriwal said what was the rush to pass the Farm Act in Parliament during the Koro epidemic?

New Delhi. The Kejriwal government in Delhi has convened a one-day session of the Legislative Assembly to discuss alleged irregularities worth Rs 2,400 crore in the BJP-led Municipal Corporations (MCDs). During the session, there was a huge uproar during the discussion on three farm laws of the central government. During the debate, Chief Minister Arvind Kejriwal slammed the Agriculture Act in the House, targeting the central government. CM Kejriwal said what was the rush to pass the Farm Act in Parliament during the Koro epidemic? Accusing the Center, the Chief Minister said that this is the first time that 3 laws have been passed without voting in the Rajya Sabha. Kejriwal appealed to the Center not to be worse than the British.

During the assembly session, CM Arvind Kejriwal said that every farmer has become Bhagat Singh. The government is saying they are reaching out to farmers and trying to explain the benefits of farm bills. The UP chief minister told the farmers that they would take advantage of the bill as their land would not be stripped. Is it just to take advantage?

What was the rush to pass farming laws in Parliament during the epidemic? This is the first time that 3 laws have been passed in the Rajya Sabha without voting … I am releasing 3 farm laws in this Legislative Assembly and Appeal Center, not worse than the British: Delhi CM Arvind Kejriwal https://t.co/ zvc2Dx1w3E pic.twitter.com/rUOACIQwp3

Also read: Kisan Andolan: Sant Baba Ram Singh, who was involved in a picket on the Singhu border, shot himself and committed suicide.

There was an uproar in the assembly

Here, Aam Aadmi Party MLAs chanted slogans of Jai Jawan, Jai Kisan in the House. However, during the debate in the House on agricultural laws, the ruling party’s MLA Mahendra Goyal tore up the three agricultural laws, saying that these laws are anti-farmer. I refuse to accept these black laws. Let us tell you that Aam Aadmi Party is in favor of the farmers regarding the agricultural law and it is supporting it in every way. Not only that, all the ministers and leaders, including Chief Minister Kejriwal, are constantly targeting the central government. While one day most of the party leaders including the Chief Minister are fasting.