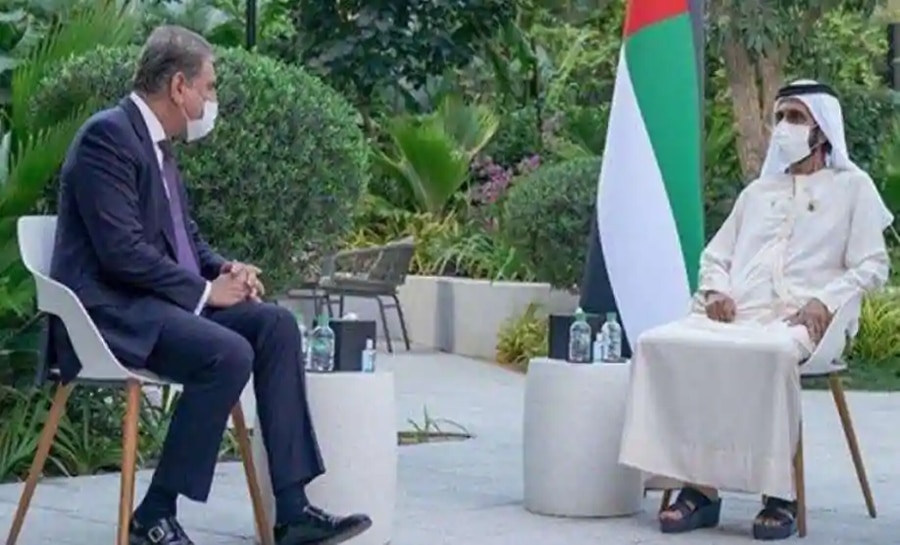 Islamabad: Pakistan is in awe of the growing proximity between India and Arab countries. Imran Khan’s concern has been heightened by the lavish reception given to General Manoj Mukund Narwane, the head of the Indian Army in the United Arab Emirates (UAE) and Saudi Arabia. Now Khan has sent his foreign minister on a visit to the UAE, so relations are weakening. The visit of Pakistan’s Foreign Minister immediately after General Manoj Mukund Narwane’s visit shows how scared Imran Khan is because of Indian efforts.

Pakistan’s Foreign Minister Shah Mahmood Qureshi arrived in Dubai on Thursday on a two-day visit. Qureshi stressed the strong ties between the two countries in his meeting with the Vice President of the UAE and Ruler of Dubai Sheikh Mohammed bin Rashid Al-Maktoum. In this regard, the UAE Embassy in Pakistan tweeted that bilateral relations were discussed between the two leaders.

‘Pakistan pavilion will be a symbol of friendship’
After the meeting, Qureshi also tweeted that it was going very well. He wrote, ‘We negotiated on strengthening mutual interests and bilateral relations. Apart from this the UAE was also encouraged to invest in Pakistan. Qureshi also said that Expo 2020 Pakistan Pavilion in Dubai would be a symbol of Pakistan-UAE friendship.

No talk of UAE sanctions

The Pakistani foreign minister’s visit to the UAE comes at a time when the UAE has banned the entry of citizens of 13 countries, including Pakistan, into the UAE under the pretext of strengthening national security and has also stopped issuing work visas. It also includes countries involved in wars like Afghanistan, Syria, Yemen. The UAE has temporarily imposed the ban, but it is believed that a large population of Pakistan will face difficulties. Because a large number of people from Pakistan came to the UAE. Rotla is going to earn and they also send large amount of foreign currency to Pakistan. However, Pakistan feels that the UAE has taken this decision because of the second wave of COVID19. Qureshi did not dare raise the issue in a meeting with Sheikh Mohammed bin Rashid Al-Maktoum.

General Narva was given a grand welcome
During his visit, Indian Army Chief General Manoj Mukund Narwan met Major General Saleh Mohammed Saleh Al Amiri, Commander and Staff of the UAE Army. During this time, issues of mutual interest and defense cooperation were also discussed between the two officials. General Narva was welcomed by Guard Hon F Honor at the UAE Land Force Headquarters. It is being seen as a growing rapprochement between India and both. Let me tell you that General Narwan is the first Indian Army Chief to visit Saudi Arabia and the UAE.