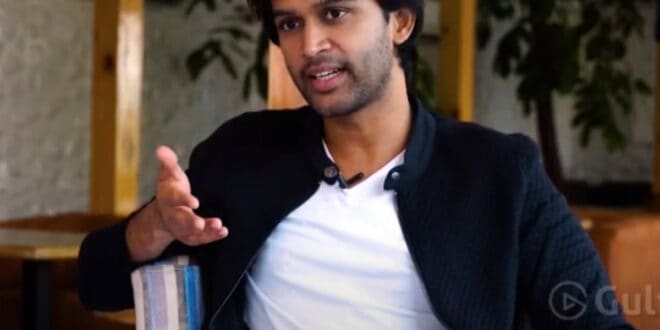 It is no exaggeration to say that Abhijeet has effortlessly won many hearts with his composed and cold nature. That’s not what was done for the Bigg Boss days, but it’s how it actually is. Abhijeet is arguably the first Bigg Boss winner with almost no negativity on the outside. While enjoying Bigg Boss Telugu’s Season 4 win, Abhijeet is here with us for a relaxing session and has revealed many things about himself, his friends, Bigg Boss’s roommates, Nagarjuna and many more. So let’s see how we managed to get some great answers from this super smart guy.

Abhijeet calls it a roller coaster ride with nineteen people and says that all we have to do is hold on to the end and Bigg Boss does the rest.

What made you the winner of the fourth season?

I don’t really know and haven’t thought about it. It could be my approach to Bigg Boss. I was home ten months before Bigg Boss because I had a soccer accident, my knee was out of shape due to a ligament tear. I have been under physiotherapy for four months. I wanted to work after staying home for ten months and I agreed to join Bigg Boss to see how it went

Bigg Boss organizers called me every year if I wanted to be a part of it. I still feel great about the Bigg Boss trip. The constant involvement of the audience through the votes and being so loved made me super happy.

I thought I could reach the top 5 and if time were on my side, I would win. So reaching the same target audience as he wanted to do with my films made me the happiest and most amazing. I really thank everyone who voted for me.

It’s not that. Interestingly, 11 is my lucky number and I was born on October 11th. 11 is a prime number and we are all prime numbers. Besides, I didn’t become a house captain. At least we have some common curiosity.

This could become a sentiment from next season and no one wants to perform well in captain duties (laughs off).

I feel we have a very important friendship and Noel had to leave the house unfortunately.

One of the best moments of Bigg Boss

When Bigg Boss played my AV and when Bigg Boss said it is proud to have me in the house. I had a feeling that somewhere Bigg Boss had misunderstood me, but I was relieved when I found out that Nag sir is happy and so is Bigg Boss. Dad is happy too, which is usually not done that easily. I wish I could thank everyone who supported me. I got 15 crore of votes that the margin and the numbers are incredible.

I don’t see colors and it’s a lack of color. I wanted to be a pilot and here I am as an actor (laughs).

Actress you would like to act with .. Sam, Thamannah or Rashmika?

Samantha, she has a nice smile

The last movie you saw in theaters

F2! I don’t remember seeing a movie after that. Anil garu was in the Bigg Boss ending with Mehreen. F3 has started rolling and it’s great.

If you have to ask a question, what would you ask him?

Akhil – Why so serious?
Harika – Why so Butterfingers
Monal – Navvithe Baguntav, enduku edustaav?
Sohel – Naraalu wore kettesayi, navvu
Ariyana – Do not change, continue as you are, be fair, balanced
Favorite food: pizza

App you use a lot: news, WhatsApp, Spotify, Instagram, Netflix, amazon prime
First film audition – Life is beautiful
Ever refused at the auditions? – Never
Bigg or Life is Beautiful – They are like my two eyes
Chiranjeevi Garu or Nagarjuna Garu – Nag Sir, because it was like family when we were at Bigg Boss’s house, but Megastar is Megastar