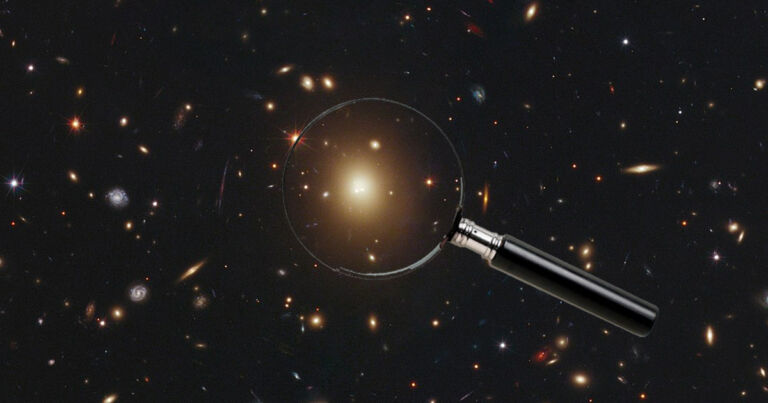 Astronomers have identified a distant cluster of galaxies without the expected supermassive black hole at the center, despite the fact that its mass is expected to be three to 100 billion times that of the Sun.

The black hole is speculated to be in the galactic cluster Abell 2261, about 2.7 billion light years from Earth, according to observations made between 1999 and 2004, according to a NASA statement.

Almost every large galaxy in the known universe contains a supermassive black hole. The more massive the galaxy, the bigger the black hole. In fact, this particular black hole was predicted to be one of the largest ever recorded.

But it is missing. To explain this, scientists have put forward several explanations.

The first is that the black hole may have been ejected from its host galaxy as a result of the merging of two galaxies to create an even more massive galaxy, otherwise known as a “retreating black hole”.

Alternatively, the respective black holes of the two galaxies may have merged into an even larger supermassive black hole, creating a gigantic core at the center of the resulting mega-galaxy. While this phenomenon has yet to be directly observed involving black holes on that scale, astronomers have observed mergers involving substantially smaller black holes.

In an article that will be published in the magazine American Astronomical Society, a team led by Sarah Burke-Spolaor of West Virginia University put forward two further possible explanations: either there is simply no black hole there, or there is indeed a black hole that is simply not active enough to produce substantial amounts of X-rays to show in Chandra’s observations.

READ MORE: On the hunt for a missing giant black hole [NASA]

More on supermassive black holes: Nobel Prize Winner for Falling Into at Black Hole: “I would not like”