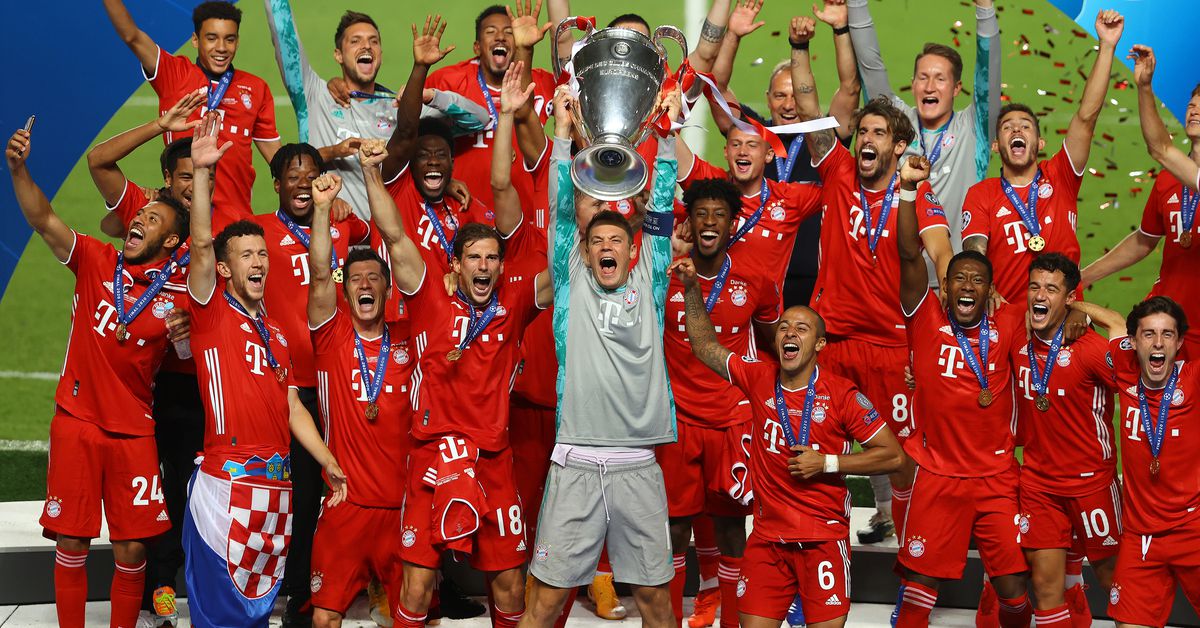 Jerome Boateng aimed a long free kick straight at Franck Ribery. A handful of defenders stood in front of him. Ribery didn’t hesitate, however, and pushed the ball back into the penalty area, directly in Arjen Robben’s trajectory.

Robben received the ball and with a simple touch of his left foot, he left all defenders for dead. Then he saw the impetuous goalkeeper and gently rolled the ball to the far corner. The ball slowly, almost teasingly, rolled over the goal line and Robben walked away in celebration with his arms outstretched, before being attacked by his teammates.

It was the first time I started following FC Bayern Munich.

From that day on, I’ve watched almost every Bayern game I’ve had the chance to. Bundesliga, DFB-Pokal, Champions League, Super Cup, Club World Cup, you name it. I’ve also watched preseason friendly tournaments like the Telekom Cup or the Audi Cup. When I develop an interest in something, I really dive deep. This particular feature is why I know the difference between two batches of KTX-Sancheon train sets and why Tyrannosaurus Rex most likely it was not covered in feathers.

Okay, let’s go back to Bayern. The reason why I chose Bayern may seem a little underwhelming now. Due to the presence of Ji-sung Park, I was supporting Manchester United at the time. However, once Park left United in 2012, supporting them wasn’t the same thing. I had very little loyalty to the players and didn’t really have a connection with the club itself. I needed to find a new club and I remember arguing between FC Bayern and Real Madrid, two teams that I considered very good, teams that would have been easy to cheer on. I chose the former.

I still remember the first match I saw as an “official” Bayern fan. It was the third league match of the season against Nuremberg. A goalless first half was followed by the deciding goal from Ribery and a typical dribble and ending from Robben. We won 2-0.

When I saw that match, I felt something. Do you know that feeling when you know you are a perfect match with something or someone? Maybe a spark that ignites inside you? It’s hard to explain, but I felt like this:

Over the next seven years, Bayern won 18 trophies. Obviously it’s easy to support a team that always wins. But you’d be wrong if you only cheered Bayern in their glory days. For one thing, I supported them again last year after seeing them concede five goals for the first time. My friend gave me an AS Roma sticker as a comforting gift. I know that from that moment on he didn’t tell me to support Roma, but all the same, I said in no uncertain terms:

“If you ask me to change teams, the answer is no.”

I politely turned down my best friend’s offer to support Real Madrid after their third consecutive Champions League win, and also an offer to support Man United again. I remember in 2014, a few months after picking Bayern against Real Madrid, we met in the semi-finals of the Champions League and were humiliated by a 5-0 aggregate score. Madrid won the tournament. If I had chosen Madrid a few months earlier, I too would have enjoyed European glory.

But I didn’t regret choosing Bayern for a second. Because? Because in those few months I had transformed Bayern into “my team”. The spark that wasn’t there when I backed United was still burning, and seven years later it’s still going strong.

What is this spark, anyway? Is it simply loyalty or is it something else, something stronger? Is it the pride of our “my saint my” mentality? Or is it all of the above?

I guess it could have started with the pride of supporting the best players in the world. Who wouldn’t be proud to have a team chock full of world-class players? The best goalkeeper in the world in Manuel Neuer, the best full-back in Philipp Lahm, the best wings in Robben and Ribery, and the one and only Raumdeuter in Thomas Muller. Add Robert Lewandowski’s best striker, who joined a year after I started supporting Bayern, and you really had a team to be proud of.

The pride I had of the players became the pride of the team itself. Bayern have had many players since then, but they all had the same badge on their chest. The FC Bayern badge. You could look at any player on the pitch and you would see the red, white and blue of the emblem. That emblem is now burned in my eyes and also in my heart.

That pride became a feeling of familiarity. A crest I’ve seen everywhere, a team I’ve been thinking about all the time, an ever-evolving team spirit of “my san mia”, which was a familiar part of my life now. Bayern wasn’t just a football team I cheered on, but a familiar presence that I couldn’t imagine my life without. It is probably fitting that one of Bayern’s greatest values ​​is family.

Familiarity then became gratitude. Bayern have given me many different experiences. I started getting to know a completely different country and its culture. I became interested in a region that I didn’t even know existed. I was even encouraged to learn a completely new language (although let’s face it, partly because my German teacher was quite attractive). I traveled to Germany to see my team in person and met so many different people thanks to my support for Bayern, people from all over the world. In a way, Bayern opened up a new world for me.

But I’m not only grateful for the new experiences my team has given me, but also for the fact that he’s been there for me as much as I’ve been there for it, if not more.

Over the past three years, I have developed several mental illnesses. Anxiety, depression, panic disorder, you name it. I don’t know when it started. All I know is that he got serious about three years ago, to the point where I started going to therapy and taking meds, and I went through some really scary moments. Of course, that story is still an ongoing story.

I have been hurt by many people, sometimes it was my fault, sometimes not. But the only common denominator was that whatever the reason was, I was losing faith in people in general, exacerbating my condition. I’ve been scared of people and am still reluctant to meet new people sometimes.

But when I support my team, I forget my troubles for 90 minutes, because of that sense of familiarity. I know what I am doing and I know that I am one with the team. And every time I smile or cry for joy when we win, I think to myself:

“Yes, I don’t need to rely on others to be happy.”

And boy, have I been happy many times. There was no shortage of happy memories supporting this wonderful club.

March 2014, I woke up to the news that we had won the Bundesliga in record time overnight. I was delighted. My first Bundesliga title as a fan.

May 2014, I cheered as Muller turned the goalkeeper to put DFB-Pokal beyond Borussia Dortmund’s reach. My first Pokal title as a fan.

September 2015, I woke up in shock to the news that Lewandowski had scored five goals in nine minutes. Mamma Mia.

May 2017, I saw my team live for the first time and sang and danced with joy in the most beautiful stadium in the world.

May 2019, I was in Berlin to see the Lewandowski chip in our third goal of the DFB-Pokal final. I made no noise, but raised my fists in triumph as I lost myself to the cheers of the erupting fans.

August 2020, I stayed up late on a family vacation to watch my team destroy FC Barcelona 8-2, which warded off any lingering sleepiness.

Likewise, I owe so much to Bayern for providing me with these memories, memories that have been an effective antidote to the poisonous mental disorders that permeate my life. The only way I can repay my team is to offer my full support in rain or shine.

Of course, supporting Bayern isn’t always the easiest thing in the world. The pressure to always be the best, the feeling of defeat after defeat, which we are not used to, and the hatred and jealousy of all the other teams we play against. This is a crown whose weight is sometimes too hard to bear. But Bayern are also a team that pays back their fans well. Want to see another example?

The score is 1-0. We just have to hold out for a few more seconds. My heart is racing faster than ever. In fact, the only ones who work harder than my heart are the players who let off steam on the pitch.

And finally, it happens. The final whistle blows.

FC Bayern are European champions for the first time in seven years.

I let out a cry of joy and jump out of my chair. It’s 6 in the morning, but I don’t care. Flaming tears come out of my eyes and cut my cheeks.

That feeling of victory, this is why I started supporting Bayern, and it is why I will never regret that choice.