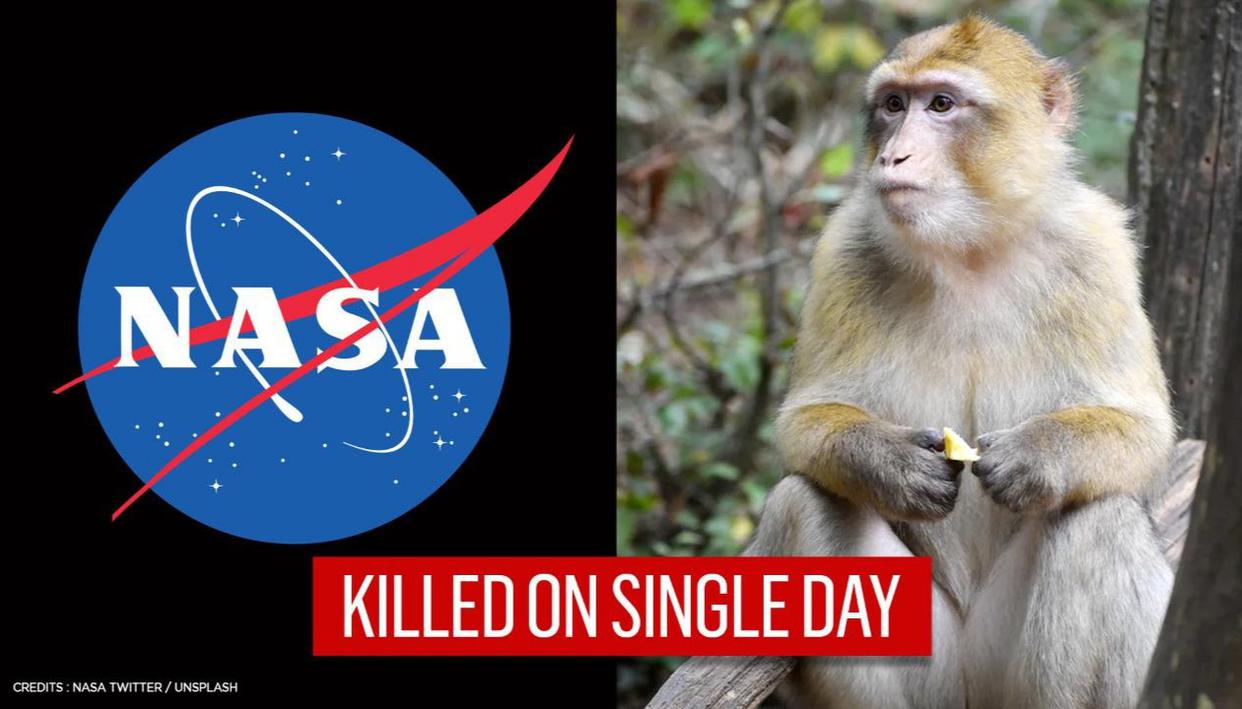 New documents researched under American freedom of information laws, similar to India’s Right to Information Act, revealed that 27 monkeys held at the NASA research center were killed last year by administering a drug to them. According to a Guardian report, all 27 monkeys were killed in a single day at NASA’s Ames Research Center in California’s Silicon Valley. The 27 primates reportedly suffered from Parkinson’s disease and were euthanized in February 2019.

All the monkeys housed in the NASA center were over the age of 21. The euthanasia raised alarms among animal rights activists, who questioned the decision to kill monkeys rather than move them to a sanctuary. Animal rights activists called NASA’s decision “inhumane” and called for an investigation into the matter.

US House Representative Kathleen Rice wrote to NASA Administrator Jim Bridenstine asking to know why the monkeys were not moved to a sanctuary.

Monkeys not used for research

According to the report, the monkeys were housed at NASA’s California research center in partnership with LifeSource BioMedical and were not used for research purposes. According to Stephanie Solis, CEO of LifeSource BioMedical, the monkeys were given to the company, which rents space at the NASA center, and decided to provide care for the animals as no sanctuary was willing to take them due to their poor health.

Solis also added that it was decided to kill the monkeys in a humane way bearing in mind their old age and deteriorating health. Solis said the monkeys received quality care at the center until they were alive, adding that all costs were borne by the company itself. Meanwhile, NASA has claimed it does not host any primates in its facilities, aside from humans.

Read: IN PICS | From the “singing” squirrel to the “racing” monkeys, see the best wildlife photos