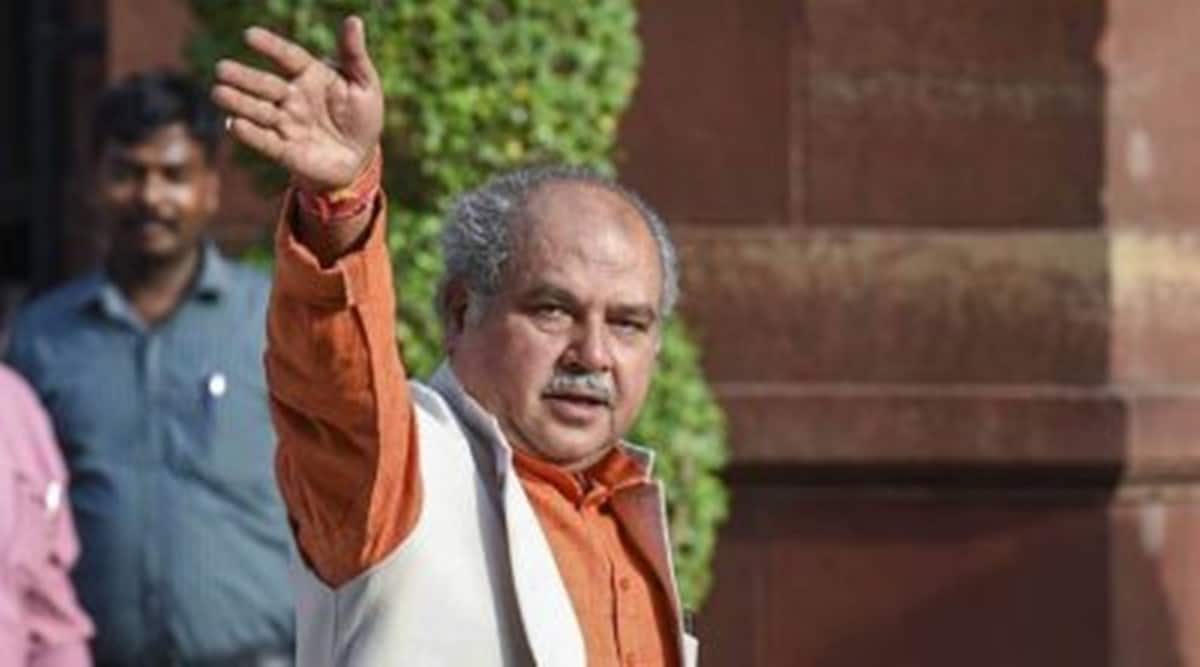 Minister of the Union of Agriculture Narendra Singh Tomar. (File)

Amid unprecedented agitation against the Center’s agricultural laws by farmers across the country and particularly in the nation’s capital, 10 economists from various universities wrote to Union Agriculture Minister Narendra Singh Tomar, demanding that the laws be repealed.

“We believe that improvements and changes in the agricultural marketing system are needed for the benefit of millions of small farmers, but the reforms introduced by these laws do not serve this purpose. They are based on wrong assumptions and claims as to why farmers are unable to obtain profitable prices, that farmers do not have the freedom to sell where they want under previously existing laws and on regulated markets that are not in the interest of farmers. We are putting forward five crucial reasons as to why these three acts, presented as a package by the government, are fundamentally harmful in their implications for India’s smallholder farmers, “the letter reads (a copy available with The Indian Express).

They pointed out several reasons for repealing the laws. First, they argued that the creation of a central act that prevails and undermines the role of state government in regulating agricultural markets is an imperfect approach, both from the point of view of the center-state balance of power and that of interests. of farmers. The state government machine is much more accessible and accountable to farmers, down to the village level, and therefore state regulation of markets is more appropriate than bringing much of the commodity sales and trade under the law of the central government, establishing “commercial areas”.

According to the Ministry of Agriculture in July 2019, more than 20 states had already amended their APMC Acts to allow for private mandates, e-commerce, e-payments, e-NAMs, etc., all functioning under state government regulation. For such reforms or new mechanisms to be successful, there must be a consensus from all stakeholders in the market, including farmers, traders, commission agents, etc., and this process can be handled with greater sensitivity and responsiveness to local realities by the state government rather than through drastic and general legislative change at the central level.

Thirdly, fragmented markets, monopolies and pricing problems arise. Even before these laws came in, a large percentage of the sale of agricultural products took place off the yards of the regulated APMC market. However, APMC shipyards still set benchmark prices via daily auctions and offered some reliable price signals to farmers. Without these price signals, fragmented markets could pave the way for local monopsony. Experience in Bihar since the removal of its APMC law in 2006 shows that farmers have less choice of buyers and less bargaining power, resulting in significantly lower prices than in other states.

Fourth, there will be unequal actors in contract farming, small farmers and farms, which does not provide adequate protection to the interests of farmers. The current scenario is likely to continue, where most contract farming takes place through unwritten agreements with no recourse to farmers, and most agreements are made through aggregators or organizers to protect companies from any liability. The law has no provision to address this problem.

Finally, concern for domination by large farms: it is legitimate to understand that the three Acts together represent the disengagement of agri-food companies from regulation and licensing at the state level, constraints such as the relations existing between farmers, traders and market agents, and limits on storage, processing and marketing. This rightly raises concerns about the consolidation of the market and value chains of agricultural commodities in the hands of a few large players, as has happened in other countries such as the United States and Europe. It inevitably led to the “Get-Big-or-Get-Out” dynamic in those countries, pushing out small farmers, small traders and local farms.

What Indian farmers need instead is a system that allows for better bargaining power and their greater involvement in the value chain through storage, processing and marketing infrastructures in the hands of farmers and FPOs. It would be a path to increasing farmers’ incomes and some of the government’s previous policy initiatives should have helped in that direction.